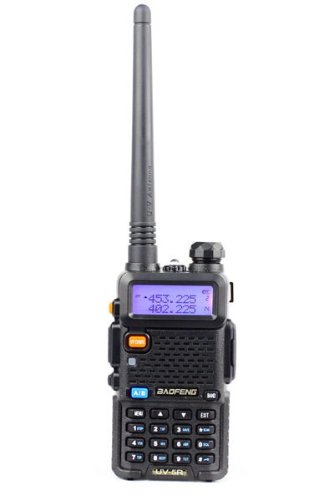 This trailer is for the prepper docudrama "COMMS UP!" produced by Radio Free Redoubt and USNERDOC. The full 70 minute movie will be available free online during The Survival Summit on 20-27 January 2014. The movie documents the importance of a good communications plan during a social economic collapse while introducing AmRRON and The Channel 3 Project from Radio Free Redoubt. The scenario takes place during the winter in The American Redoubt. What is your comm plan? Are you ready to help your family and fellow patriots? 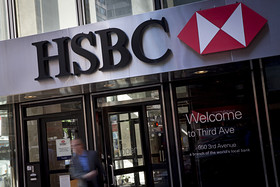 Obama's Approval Ratings Reach Lowest Level Yet
A new poll conducted by NBC News and the Wall Street Journal this week found that US President Barack Obama's approval rating continues to be at its lowest yet. 54% disapprove of Obama's job as president, the highest that figure has ever been.

The Alaskan Winter That Never Was?
I had heard it was warm in Alaska, but holy moly, I didn’t know it was THIS warm. Above is an anomaly map showing the Drunken Arctic Air in central and eastern Canada and the US in contrast with the very (relatively) warm air over western Canada and Alaska. Remember, these are anomalies, not absolute temperatures. But still, it is warm enough in at least parts of Alaska that lakes that are normally well frozen by now are not frozen at all and may not even freeze this winter.

'SCHINDLER'S LIST' Producer: 'I Never Feared My Govt Until Now'...

HSBC and Chase Send Clear Signals That a Bank Run Is Near:

Movement is Life-Catherine Austin Fitts:There are many aspects of the economy where the fundamentals are dreadful, and there are certainly parts of the economy collapsing in an evolving implosion

Check your 401K and Retirement Plan! Plans being switched to ALL Government Bonds without Approval. Finding out by Retirement End of Year Statements

No, There Is No Stoppage Of Cash Transfers In China

Is China really running out of cash? INTERESTING NOTE-FORBES PULLED THEIR ARTICLE ADDRESSING THIS YESTERDAY AFTERNOON-WHY?
/

ANOTHER ONE!! 55th Wing Command Chief is Relieved of Duty Military.com - The 55th Wing Command Chief at Offutt Air Force, Nebraska, was relieved of duty Monday, but Air Force officials said privacy requirements prevented them from divulging why. Chief Master Sgt. William W. Thomaston Jr. was transferred to a non-supervisory position outside the wing after 55th Wing commander Col. Gregory Guillot determined he was no longer able to effectively perform his duties, said Ryan Hansen, an Air Force spokesman at Offutt.
/

Dallas City Council Expands Ban On First Amendment Kit Daniels - The Dallas, Texas City Council recently expanded an existing ordinance which bans anyone carrying a sign within 75 feet of a freeway to also prohibit anyone from peacefully assembling on or near service roads, bridges and overpasses, including individuals not holding signs and those the city considers to be dressed provocatively.
/
Federal Government Forcing  Employees 401K Funds Into Treasuries?   silverdoctors.com - If the official 2012 year end notification an SD reader received from the TSP is any indication, it appears that our prediction of forced movement of 401k, IRA, private & public pension funds into US Treasury bonds may be closer than ever.
/

U.S. imam: Muslims can take the property of Christians and Jews

Michigan farmer faces $700,000 in fines for raising “wrong” breed of pigs policestateusa.com - After 2 long years, countless threats, and harassment, Baker is finally scheduled to have his day in court. The trial is set for March 11-14, 2014. This trial is an opportunity for people to support a peaceful farmer from the intrusion of feral pigs who work for the DNR. “If I don’t fight this, then everyone’s freedom is at risk,” said Baker.
/ Earth’s magnetic field is collapsing and it could affect the climate and wipe out power grids Deep within the Earth, a fierce molten core is generating a magnetic field capable of defending our planet against devastating solar winds. The protective field extends thousands of miles into space and its magnetism affects everything from global communication to animal migration and weather patterns. But this magnetic field, so important to life on Earth,
/

Netanyahu: We need a UN of the Internet Prime Minister Benjamin Netanyahu at CyberTech 2014: We need a coalition of leading companies with cyber capabilities. 1,500 participants came to hear about developments in information security at the CyberTech 2014 conference today and tomorrow. The most prominent, although in view of his recent remarks at Davos, predictable participant, is Prime Minister Benjamin Netanyahu, who does not
/
http://www.trunews.com/
/

Christian Singer Walks Out on Grammys After ‘Satanic’ Performances
Popular Christian gospel singer Natalie Grant walked out of the Grammys after witnessing a series of performances that even the mainstream entertainment media admitted were occult in nature. Grant, who was nominated for two Grammys last night, tweeted her excitement upon arriving at the event but soon made it clear that she left early because
/

Euro Meltdown: Germany’s Bundesbank calls for bank bail-ins to avert government bankruptcies Germany’s Bundesbank said on Monday that countries about to go bankrupt should draw on the private wealth of their citizens through a one-off capital levy before asking other states for help. The Bundesbank’s tough stance comes after years of euro zone crisis that saw five government bailouts. There have also bond market interventions by the

Argentina Announces Dollar Buying Restrictions Of $2000 Per Month Today, as expected, Argentina’s leaders announced new measures meant to ease restrictions on dollar buying in the country, Clarin reports. Now, Argentines making at least $900 a month or more will be able to buy dollars once again. The amount you can take out will be tiered according to how much you make, with the maximum
/

‘Taylor Has Two Moms’: Disney Channel Introduces Its Firs Lesbian Couple On A Kids’ Show News spread last summer that the Disney Channel was planning to introduce a lesbian couple for the first time on one of its children’s TV programs. That’s exactly what happened during Sunday’s episode of “Good Luck Charlie,” when a child with two mothers was prominently highlighted. The scene featured Charlie, the main character, sitting in
/
Child possessed by 200 demons ‘levitated’ and walked backwards over walls in front of hospital staff
A nine-year-old boy walked backwards up a wall and ceiling as startled medical staff looked on after his mother claimed he and his two siblings had been possessed by demons, according to official reports. The unlikely-sounding event was detailed in official documents after a child services case worker and a nurse both said they saw
/
Jim Willie Reveals the SMOKING GUN On US Gold Rehypothecation!
/
Collapse! Get Your Money Out of the Banks RIGHT NOW!
---------------------------------------

A year ago the Bundesbank announced that it intended to repatriate 700 tons of Germany’s gold from Paris and New York. Although a couple of jumbo jets could have managed the transatlantic removal, it made security sense to ship the load in smaller consignments. Just how small, and over how long, has only just become apparent.

Last month Jens Weidmann, Bundesbank president, admitted that just 37 tons had arrived in Frankfurt. The original timescale, to complete the transfer by 2020, was leisurely enough, but at this rate it would take 20 years for a simple operation. Well, perhaps not so simple. While he awaits delivery, Herr Weidmann is welcome to come and look through the bars in the Federal Reserve’s vaults, but the question is: whose bars are they?

In the “armchair farmer” fraud you are told: “Look, this is your pig, in the sty.” It works until everyone wants physical delivery of their pig, which is why Buba’s move last year caused such a stir. After all nobody knows whether there are really 260m ounces of gold in Fort Knox, because the US government won’t let auditors inside.

The delivery problem for the Fed is a different breed of pig. The gold market

is far more than exchanging paper money for precious metal. Indeed the metal seems something of a sideshow. In June last year the average volume of gold cleared in London hit 29m ounces per day. The world’s mines are producing 90m ounces per year. The traded volume was many times the cleared volume.

The paper gold in the London Bullion Market takes the familiar forms that bankers have turned into profit machines: futures, options, leveraged trades, collateralised obligations, ETFs .?.?. a storm of exotic instruments, each of which is carefully logged, cross-checked and audited.

Or perhaps not. High-flying traders find such backroom work tedious, and prefer to let some drone do it, just as they did with those money-market instruments that fuelled the banking crisis. The drones will have full control of the paper trail, won’t they? There’s surely no chance that the Fed’s little delivery difficulty has anything to do with the cat’s-cradle of pledges based on the gold in its vaults?

John Hathaway suspects there is. He worries about all the paper (and pixels) linked to gold. He runs the Tocqueville gold fund (the clue is in the name) and doesn’t share the near-universal gloom of London’s gold analysts, who a year ago forecast an average $1700 for 2013. It is currently $1,260.

As has been remarked here before, forecasting the price is for mugs and bugs. But one day the ties that bind this pixelated gold may break, with potentially catastrophic results. So if you fancy gold at today’s depressed price, learn from Buba and demand delivery.

Read more at http://investmentwatchblog.com/is-a-major-gold-scandal-going-mainstream/#I2wQMXc6liSi3k0V.99
/
Babies Left Fighting for Their Lives after Getting Botulism from Eating Honey
/
Proof Near-Death Experiences Are Real?
/
People Run Out in the Street after 6.1. Quake Strikes Java
/
If You Like Obama's Executive Orders, You Are Going to Love 2014
/ 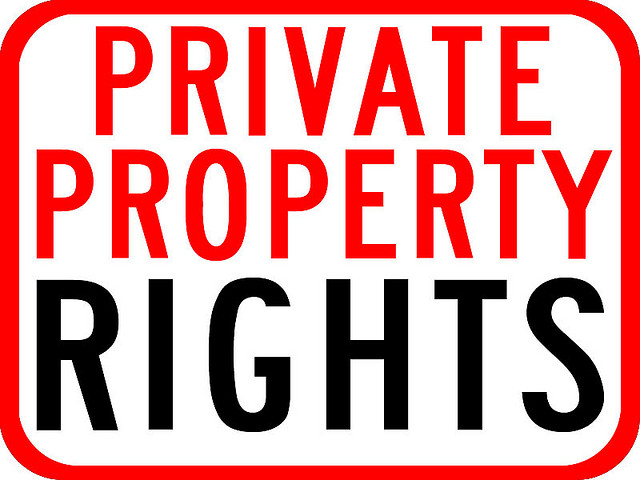 America's Most Important Property Rights Legislation
/
A Doctor for America


/
Xcel Energy Asks Customers to Turn Down Thermostats to 60º (During a Blizzard)
/
'Swallowed Alive': Collection of Sinkhole Horror Stories
/
Russian Teen in Pennsylvania Charged with Having WMD and Plotting to' Blow Things Up'
/
"Calipornia"