WHY PLAN CHEYENN IS SO BAD FOR CHEYENNE, WYOMING

/
Abuse of power by the Milwaukee County D.A.’s office | For The Record: State Secrets


/
The Western Center For Journalism: Obama Is Preparing the Military for Martial Law

The mast head illustration from the GoArmy web site. “A World Like No Other” says it all.
/
Trevor Loudon’s Interesting “Dream Team” For 2016

/
56 Million Exterminated Under the Guise of Gun Control - Sons Of Liberty! - Blaming Guns - is like blaming spoons for Rosie O'Donnell being fat
/
Gun Control explained

Jailed protest leader mocks Maduro talks...
/
Gold And Silver – From Now On All that Matters Is That You Own Both.
/
Annette Heuser: The 3 Agencies With The Power To Make Or Break Economies

/
UKRAINE: 1994 treaty could pull U.S. into war with Russia if Putin’s troops intervene in Ukraine!!!
/

Posted on February 27, 2014 by The Extinction Protocol

Connecticut Patriot Group Fights Back Against Confiscation Order: ‘We Are Armed… And Are Familiar With the Finer Points of Marksmanship’:GUN CONFISCATION ALWAYS LEADS TO DICTATORS AND DESTRUCTION
/
Obama declares ‘happy hour’ with Dems minutes after Ukraine tough talk
/
Massive die-off of oysters and scallops in Pacific Northwest: 'Millions of shellfish dying' — Never seen anything like it — 'By July mortality hit 95 to 100 per cent'
/ /
Gold & Silver: From Now On All that Matters Is That You Own Both
/


Editor's note: This is the second of two columns marking the return of libertarian writer Bradley Harrington to the WTE's editorial pages.

So Magpul Industries of Erie, Colo., a company that manufactures firearms accessories, is relocating to Cheyenne, thanks to the dumb gun laws our Colorado comrades insist on passing.

On the face of it, good news. Who doesn’t want a company to move here and bring jobs and wealth with them?

So I can certainly sympathize with Magpul’s desire to flee such intrusive legislation.

I’m afraid, however, that things aren’t quite that simple n for Magpul will receive a chunk of government largesse in order to subsidize that move:

“The Wyoming State Loan and Investment Board approved a $13 million grant ... to help a company that makes magazines and other gun accessories move to Cheyenne.” (“Grant clears way for firearms firm,” WTE, Feb. 7.)

Nor does the subsidy stop there, for the public-trough-feeding hits just keep on comin’: “The state and local investment in the relocation effort will reach about $17 million over 20 years.”

Nor was this “grant” a move advocated solely by the Loan and Investment Board. It took place in the context of a huge round of hands-laying from the Wyoming Business Council, Laramie County Commission and Cheyenne LEADS as well.

None of them seem to be aware of the collectivistic, economy-destroying implications of their blessings and actions.

And let’s just forget about the fact that, economically speaking, an “investment” is the infusion of private capital into the marketplace and that applying that term to forcefully looted, taxpayer-funded corporate welfare schemes constitutes philosophical equivocation at best.

If that’s not bad enough for you, just consider some of these other jewels:

“Magpul brings a manufacturing component to the state that it does not have in abundance.” (Bob Jensen, Wyoming Business Council.)

Or: Magpul will “provide economic diversity for the state.” (Max Maxfield, secretary of state.)

And the biggest whopper of them all? “At the end of the day, this is what grows our economy.” (Matt Mead, governor.)

Really, Mr. Mead? “Growth” is the product of newly created wealth n not a coercive shift of wealth from the taxpayers who created it to the parasites lined up to plunder it.

Did it ever occur to you to ask what your taxpayers would have done with that wealth had it been left in their hands?

And doesn’t the loss of those investments at least equal, if not exceed, the (alleged) benefits you believe are derived from handing it to those who didn’t earn it instead?

This, ladies and gentlemen, is what passes for intellectual acumen, political “leadership” and “economic development” today. And it is precisely this idea that government can ever “create” anything in the marketplace that needs to be challenged.

It can’t, for government only has what it takes from others first.

Nor, ethically and politically, should such actions ever even be desirable, for government-mandated “economic development” qualifies as fascism (as opposed to socialism, where the properties in question are outright seized by the state).

No, if you want to talk “investment,” “returns” and “growth” n and what actually works in the real world n well, then you’re talking about capitalism. That is a social system which, historically, has produced more investments, returns and growth than all the rest of the collectivist systems combined.

There’s a word for such an action: Hypocrisy. You people need to come on your own dime or don’t come at all.

Bradley Harrington is a computer technician and a writer who lives in Cheyenne; he can be reached at brad@bradandbarbie.com.
/

Génesis Carmona, shot in the head for protesting for freedom in Venezuela (photo source unknown)
South American Marxist Mayhem: Venezuela 2014
/
Mark Levin: ‘We Are Being Devoured By The Very Government That Is Supposed To Serve Us’

/
Putin Granted Permission By Parliament To Use Military In Ukraine
/
RUSSIA PULLING AMBASSADORS OUT OF U.S.IS A SIGN OF ESCALATION, AND USUALLY MEANS THAT WAR FOLLOWS
/
Absolved 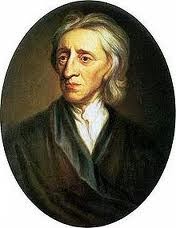 “Whenever the legislators endeavor to take away and destroy the property of the people, or to reduce them to slavery under arbitrary power, they put themselves into a state of war with the people, who are thereupon absolved from any further obedience and are left to the common refuge, which God hath provided for all men, against force and violence.” ~ John Locke, 2nd Treatise on Government.

There Is No Hell Fire; Adam & Eve Not Real – Pope Francis Exposes -
In his latest revelations, Pope Francis said:


“Through humility, soul searching, and prayerful contemplation we have gained a new understanding of certain dogmas. The church no longer believes in a literal hell where people suffer. This doctrine is incompatible with the infinite love of God. God is not a judge but a friend and a lover of humanity. God seeks not to condemn but only to embrace. Like the fable of Adam and Eve, we see hell as a literary device. Hell is merely a metaphor for the isolated soul, which like all souls ultimately will be united in love with God.”

/
Flesh-eating bacteria claims fisherman’s life after Lake Conroe trip
/
Rome Is On The Verge Of Detroit-Style Bankruptcy Zero Hedge - WSJ reports, is "teetering on the brink of a Detroit-style bankruptcy."
Rome, the eternal city, which survived two millennia of abuse from everyone may be preparing to lay its arms at the hands of unprecedented corruption, capital mismanage
/
ment and lies.Tennessee Bill To Nullify Some Federal Roadside Checkpoints Moves Forward Tenth Amendment Center - Tennessee state Rep. Jimmy Matlock introduced HB1652 back in January. The bill would bar “voluntary” roadblocks designed to collect blood, saliva or DNA. It passed a House subcommittee Tuesday. Sen. Mike Bell filed a companion bill (SB1485) in the Senate. It passed on Jan 27 unanimously by a 37-0 vote.
/
Boston Athletic Association Implements TSA Style New Rules for Participants in This Year’s Marathon Daily Sheeple - The Boston Athletic Association would make the TSA proud with their list of new rules and regulations for this year’s marathon. They stop short of full body searches, but just barely.
/

What to Say If Stopped By a Cop Activist Post - Cops are legally allowed to lie to you when you are stopped. Know what to do. You have rights, use them.
/
Obamacare: Now Appearing On Your Restaurant Bill Zero Hedge - That the bulk of Americans (especially those 4+ million whose insurance policies have recently been cancelled as a result of the ACA) have to pay more for healthcare as a result of Obamacare, is now largely accepted and well-known. But did you know that the cost of Obamacare is slowly metastasizing to other places? Such as your restaurant bill.
/

Crisis in Ukraine Escalating: Russia Has 15,000 Comrades On The Ground, Ukrainian Military Resigning On A Massive Scale

Ukraine mobilizes troops amid crisis with Russia
Russia now has 15,000 troops in Ukraine’s Crimea region, Yegor Pyvovarov, the spokesman for the Ukraine mission at the United Nations, told CNN ahead of Saturday’s session of the Security Council. He did not say how Ukraine arrived at that number, or whether that included troops already stationed at a Russian base in the region.
---Ukraine Orders Full Military Mobilization, Acting PM Says Russian Actions "Declaration Of War"
/
WW3 ALERT! PUTIN’S PROPOSAL TO DEPLOY FORCES IN UKRAINE APPROVED BY RUSSIAN SENATORS!! Obama Threatens Putin!!
/
Jim Sinclair: A Potential Black Swan Event
/

Jim Willie Bombshell: Saudi Royal Gold Ransacked in London to Prevent Default!
---Jim Willie: Seismic Waves of Destruction Coming for the US Dollar!
/
Guest Post: Putting Together The Pieces of the Dead Bankers Puzzle
/
Gerald Celente: Ukraine Bank Runs Could Soon Be Seen In EU And U.S.
/
http://stevequayle.com/
/
Connecticut Police Officer Says Resisting New Gun Laws is 'Un-American':WONDER WHAT HIS DEFINITION OF TREASON IS? UN AMERICAN ? THIS GUY NEEDS A REFRESHER COURSE ON THE BILL OF RIGHTS AND JUST LAWS

/
Illegal Obamacare Tax to be Enforced by IRS