March 17 Rick Wiles a must listen http://www.trunews.com/listen/ / Tanks and trenches to defend Ukraine from Russia / Russia Will Sanction U.S. Senators / Jim Sinclair: Russia is one move away from collapsing U.S. economy / N.Y. gun activists burn registration forms / RUSSIA LAUGHS AT OBAMA 'SANCTIONS'; CALLS HIM 'PRANKSTER' / Trey Gowdy’s Scorching Floor Speech: ‘How Does Going from Being a Senator to a President Rewrite the Constitution?’ / Ron Paul Asks "If Spying On Senate Is So Bad, Why Is It OK For Them To Spy On Us?" / ◾First Dozen U.S. Warplanes Arrive In Poland… Russia Deploys 6 SU-27 fighters & 3military Rransport Jets to Belarus / Who supports this administration anyway?

March 17 Rick Wiles a must listen http://www.trunews.com/listen/ Threats on Trunews and now on His personal life Listen - More will be talked about also on March 18
/
Tanks and trenches to defend Ukraine from Russia
Ukraine despatched tanks into the rolling terrain of the Donbas basin on Monday, putting its biggest guns back on the scene of the biggest armoured clash in history. It was in this bleak but fertile landscape along what is now Ukraine’s border with Russia that the Red Army routed Nazi Panzers to turn the course
/

Russia Will Sanction U.S. Senators Putin is set to respond to Obama’s sanctions of Russian officials with his own list. Several U.S. Senators and officials will be banned from visiting Russia, including Sen. Dick Durbin. U.S. senators, congressmen and top Obama administration officials are sure to be on Vladimir Putin’s sanctions list; a response to the Obama Administration’s announcement on
/
Christian’s Throats Slit In Pagan Slaughterhouse
After exposing videos of “ritual human sacrifices” of Christians by Muslims, a former Palestinian Liberation Organization member-turned-Christian has discovered a new set of shocking videos that show human slaughterhouses in which non-Muslims are executed. The videos, posted by Walid Shoebat, and his son, Theodore Shoebat, are horrific, showing heads neatly lined up against a wall and bodies
/

Jim Sinclair: Russia is one move away from collapsing U.S. economy On March 17, commodities adviser Jim Sinclair spoke in an interview with Greg Hunter of USA Watchdog on gold, the markets, and ongoing events taking place between the U.S. and Russia over Ukraine. During the 30 minute interview, Sinclair laid out a chilling scenario where Russia has positioned themselves to be one move away from collapsing the
/

Wiccans File Lawsuit Against New Mexico City Over Ten Commandments Display Followers of Wicca are suing a New Mexico city for having a Ten Commandments display on their government property. A court recently heard the suit of Jane Felix and B.N. Coone against the city of Bloomfield in the United States District Court for the District of New Mexico. Felix and Coone are being represented by
/

N.Y. gun activists burn registration forms Gun rights activists gathered Sunday in New York to burn nearly a thousand gun registration forms to protest part of the state’s SAFE Act. Protesters gathered at the Saratoga-Wilton Elks Lodge 161 in Saratoga Springs to burn the forms that are meant to register guns that meet the state’s definition of military-style assault weapons, The Post-Star reported. Organized
/
Japan imposes sanctions against Russia over Crimea independence
Japan has announced a set of sanctions against Russia for its recognition of Crimea as an independent state. Foreign Minister Fumio Kishida said in a statement that Japan does not recognize the outcome of Crimea’s referendum to split from Ukraine, saying it violates the Ukrainian constitution. Japan’s sanctions involve suspension of talks on relaxing visa
/
Walking The Nazi Road 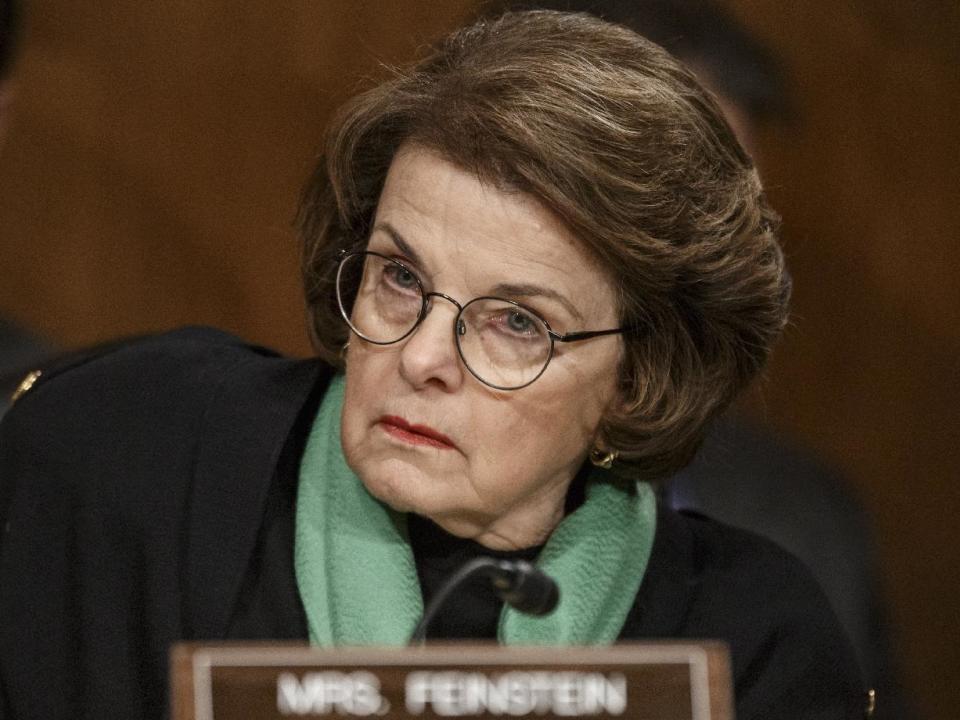 FEINSTEIN: Drone spied on me!
/
Mumps outbreak at Ohio State grows...
/
Celebrities You Probably Didn’t Know Are Atheists
/
Resale Store Refuses to Give Homeless Man a Coat, Woman Opens Free Shop in Response
/
Trey Gowdy’s Scorching Floor Speech: ‘How Does Going from Being a Senator to a President Rewrite the Constitution?’

/
Ron Paul Asks "If Spying On Senate Is So Bad, Why Is It OK For Them To Spy On Us?"
Texas Lakes Hit Record Low Levels as Drought Deepens
/ /
Who supports this administration anyway?