The Coming Constitutional Convention Contains the Tipping Point for Revolution / US Border Patrol Held at Gunpoint by Mexican Military Inside US Borders / Mars, Earth, sun set to line up... / Countries And The Central Banks Of The World Are Now Holding Yuan And Dropping The Dollar / CEO of Frick Bank Murdered In Broad Daylight! / Putin Sends the West a Golden Message: Central Bank of Russia Changes Logo to Golden Ruble / The Obama Administration Wants Gun Owners To Wear RFID Tracking Bracelets / MARS ALIGNS WITH EARTH AND SUN / Gold and Oil Rise As U.S. – Russia Relations Deteriorate Sharply

The Coming Constitutional Convention Contains the Tipping Point for Revolution
/
Global Wealth CONFISCATION Begins! Get Your Money OUT! 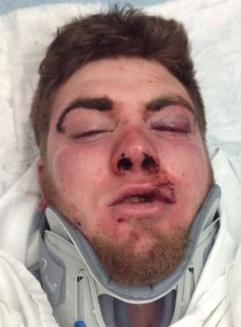 US Vet Beaten by 3 Detroit Men Who Shouted Anti-US Army, Racist, Anti-Gay Slurs – Are They Muslim?
/

US Border Patrol Held at Gunpoint by Mexican Military Inside US Borders
Read more at http://freedomoutpost.com/2014/04/us-border-patrol-held-gunpoint-mexican-military-inside-us-borders/#ztLW8Ap5hxFbAGol.99

/
Countries And The Central Banks Of The World Are Now Holding Yuan And Dropping The Dollar
/
CEO of Frick Bank Murdered In Broad Daylight!

REV HAD WIRE...
'I'M NOT SAYING YES, I'M NOT SAYING NO'...
PAID TO SNITCH?
Account of Sharpton secret life as 'CI-7' based on hundreds of pages of confidential FBI affidavits, documents...

Deadly Ebola virus spreads
Defying efforts at containment, the Ebola outbreak that began in Guinea and has caused 90 dead in Guinea and Liberia has now spread further across West Africa into Mali in what Doctors without Borders is calling an “unprecedented” outbreak.

CITI Bracing to Miss Profit Target...
/
16 Signs That Most Americans Are NOT PREPARED For The Coming Economic Collapse
/
The Obama Administration Wants Gun Owners To Wear RFID Tracking Bracelets?


/
Volcanoes All Over The Ring Of Fire Are Erupting Right Now – Is The U.S. Next?
/

North America to get front-row seat to upcoming lunar eclipse North and South America, get ready for the first eclipse of the year. Next Tuesday morning, the moon will be eclipsed by Earth’s shadow. This total lunar eclipse will be visible across the Western Hemisphere. The total phase will last 78 minutes, beginning at 3:06 a.m. ET and ending at 4:24 a.m. ET. The moon
/
Canada quietly orders a Russian defense attaché at the Ottawa embassy to leave the country
The Canadian government has quietly ordered at least one Russian diplomat to leave the country within the next two weeks, theOttawa Citizen has learned. It wasn’t immediately clear Monday why Lt.-Col. Yury Bezler has been declared persona non grata, including whether the move is related to recent events in Ukraine, the recent stabbing of another Russian
/
US and China face off over island dispute
In a face-off between the defense chiefs of China and the US, Defense Secretary Chuck Hagel told his Chinese counterpart on Tuesday that his country does not have the right to unilaterally establish an air defense zone over disputed islands with no consultation. And he said America will protect Japan, the Philippines and other allies
/ 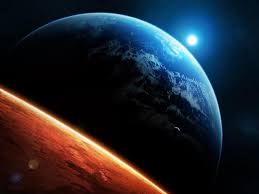 /
Gold and Oil Rise As U.S. – Russia Relations Deteriorate Sharply
Posted by I at Wednesday, April 09, 2014