US Gov't Gone Rogue: We are on the brink of war, civil war, which will start in the Silver State, Nevada. Here are some links to stories about it. / Cliven Bundy speaking at the Moapa Valley Town Board meeting 04/09/14 / Cliven Bundy Calls on Sheriff to Start Arresting BLM Feds / BREAKING: Feds prep for Waco style raid of Bundy Ranch / Sheriffs warn cartel violence spilling across border... / Family: 'Wake up America...they are taking everything from us'... / Prepare For Dollar Collapse With 33% Allocation To Gold – Rickards / ◾Coalition of Western State Legislators, Sheriffs, and Veterans Stand Vigil in Support of Embattled Nevada Rancher, Cliven Bundy ‘To Prevent Another Ruby Ridge or Waco' / ◾Use of excessive force by Albuquerque police ‘pretty disturbing,’ report finds (VIDEO) / Chuck Baldwin - Standoff In Nevada: Another Federal Siege Against The Innocent / Jim Willie: US Dollar Funeral At Hand! / Nevada Citizens Sick & Tired of Passive State Government / Land Dispute Exposes Land Management Lies / Obama Restricts 1st Amendment in Austin, TX / 20 Cowboys Break Federal Blockade And Recover 30 Cattle From BLM


US Gov't Gone Rogue:
The libertyblacksmith
Subject: Nevada, Start of the Civil War?
We are on the brink of war, civil war, which will start in the Silver State, Nevada. Here are some links to stories about it.


/
Wall Street crash ‘even worse’ than 1987 is coming, says Marc Faber
Don’t be surprised if four horsemen start riding down Wall Street. US technology stocks suffered their sharpest dive in more than two years on Thursday night, setting the scene for an equities apocalypse, Swiss investor Marc Faber says. Dr Faber is predicting a 1987-type stock market crash this year – only it will be worse.
/
Hillary Clinton dodges shoe during Las Vegas speech
A woman threw a shoe at Hillary Clinton on Thursday as the former secretary of state was delivering a speech at a Las Vegas hotel, but Clinton dodged it and continued with her remarks, a US Secret Service spokesman said. Secret Service spokesman George Ogilvie said the shoe-thrower was not a ticketed guest for Ms
/

Fireworks mishap sets U.S. flag on fire at Braves’ home opener Talk about a fiery start. The U.S. flag that flies at Turner Field caught fire after a fireworks mishap at the Atlanta Braves’ home opener this week. “I was just taking pictures,” Atlanta resident Julie Paulk told the Atlanta Journal-Constitution. And then she saw flames erupt on Old Glory. “Oh my God, the flag’s on fire.” Braves’
/
Cliven Bundy speaking at the Moapa Valley Town Board meeting 04/09/14

Cliven Bundy Calls on Sheriff to Start Arresting BLM Feds
Feds Assault Cancer Victim, Pregnant Woman in Clash With Bundy Supporters
Bulleted Bundy Story – A Tale of Stolen Cattle, Safe Tortoises, Lost Liberty, Wasted Sovereignty
“The First Amendment is Not an Area”
Oath Keepers to help with Bundy protest.
One of my best friends is on the front lines now with Mr. Bundy and family. She is taking the line with OathKeepers – Michele Fiore. Michele is part of my family – keep her in your prayers. She’s a Nevada State Rep. and one of the bravest women I have ever known. If I could, I’d be there with her. I have FB’d her and will post as I can.
From Sipsey Street Irregulars, per OathKeepers:


Oath Keepers,
We need a presence there immediately to help prevent the feds sparking another Ruby Ridge or Waco incident in the Bundy stand-off.
Watch this: https://www.youtube.com/watch?v=LhJ6H9vlEDA&feature=youtu.be.
Nevada State Rep. Michele Fiore . . . is on site right now at the protest site outside the Bundy ranch, and she is helping us assemble a coalition of Nevada state legislators. We are also working with WA State Rep Matt Shea to put together a delegation of other Western State Representatives to go there to support Rep. Fiore and her coalition, and we are working with Sheriff Mack to bring a delegation of current serving CSPOA Sheriffs to stand vigil there. We need Oath Keepers to also show up and stand vigil and support this family and the patriot legislators and sheriffs who are taking the lead in defending them. This is critical. The goal is to stand vigil to prevent another Waco or Ruby Ridge, and to put pressure on the Nevada Governor to honor the oath he took by standing up for this family and for the state of Nevada.
I fly to Vegas tomorrow. Sheriff Mack is coming too, along with the current serving Sheriffs he is rallying to the cause.
All who can make it, need to be there. We need numbers – boots on the ground. The more the better. For those who are coming, please rally at the public protest site near the ranch in Bunkerville, Nevada. To get there, take I-15 North, toward Mesquite, and get off at exit 112. Go right two miles (you can only go right). You will see tall flag poles and signs. Can’t miss it.
Per Ammon Bundy, here are some rules:
First, NO MILITARY CAMMO. This is a protest by rural Americans. Dress accordingly. (from me: Oath Keepers can wear Oath Keepers polos if you have them, or OK T shirts, but please no cammo. Let’s respect the Bundy family request).
No open carry of rifles. Any rifles people may have with them need to stay in the vehicles. When you arrive at the protest rally point, ask for Ammon Bundy, Cliven Bundy’s son, to check in. If he is not there, he will have designated another family rep for you to check in with. DO NOT go past that first rally point/protest site with the flags that the family has set up on private land. Beyond that is the road to their ranch, and no one is to drive to the ranch without express permission and escort by Cliven Bundy or his sons. Please respect their need for security and privacy.
No volunteer is to give any media interviews. Refer all media first and foremost to the Bundy family members present, in particular Cliven Bundy, Ammon, or one of the other sons. And/or refer them to one of the current serving Nevada State legislators who will be there, such as Michele Fiore (she is gathering a coalition of Nevada representatives), or one of the current serving Sheriff’s who will be coming. We are there to support them, and let them handle the media.
If any media ask to interview Oath Keepers, please refer them to me, but I will likely just refer them to the family until we do a press conference once Sheriff Mack arrives – and even then, the focus will be on the coalition of current serving Western State Legislators and Sheriffs that we are helping to gather. They and the family will be the main effort, and we are there as support.
BRING CAMERAS. Film everything. The more cameras, the better.
Bring relevant signs about honoring the oath, respecting property rights and free speech rights. We are there to stand up for rural Americans who are under attack and to pressure the Governor and the Clark County Sheriff to do their duty.
Ammon said volunteers can camp on private property that is on the side of the road at the main protest site the family has set up (the first gathering place you will come to with signs and flags once you get off I-15 at exit 112 and go about two miles). Again, please ask the family members present where to park and where to camp if you want to camp.
Stewart

All I will say here, is that if Michele has one hair on her head ruffled, then God help them. I will go and I will bring many, many with me.
Tense Video: Feds Taser Pro-Nevada Rancher Protester During Clash
‘Expect To See A Band Of Soldiers’: Militia Members Arrive At Nevada Ranch
20 Cowboys Break Fed Blockade in Nevada, Retrieve Cattle
Nevada officials blast feds over treatment of cattle rancher Cliven Bundy
Revolution Now In Nevada – What You Can Do To Fight Back
UPDATE: Up to 5,000 Armed Militia Members Will Be Arriving in Bunkerville, Nevada Today
CBS reports that militias from Texas, Montana, Utah, New Hampshire and Florida will be standing with Bundy against the Bureau of Land Management. Up to 5,000 militia members are now en route. Giddy up. 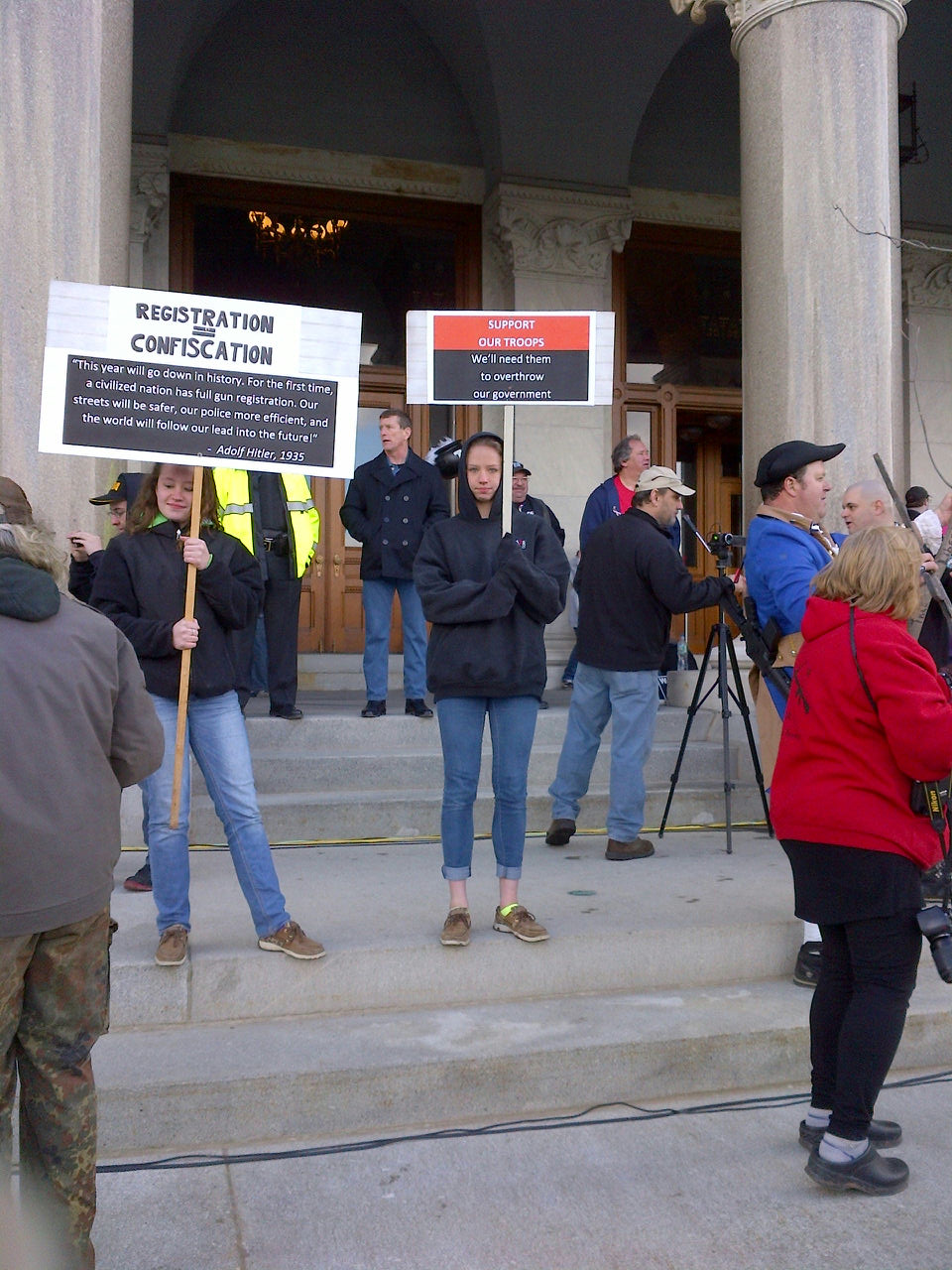 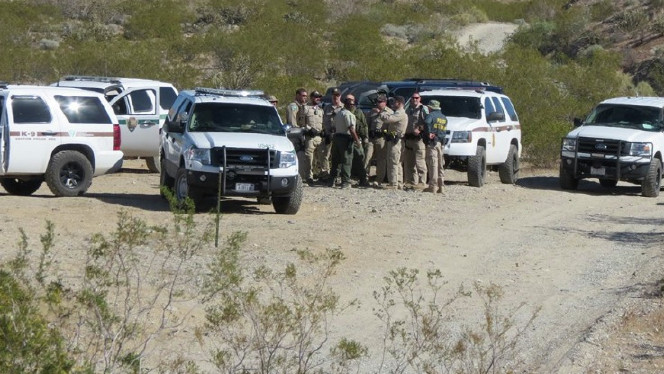 Family: 'Wake up America...they are taking everything from us'...
/
Prepare For Dollar Collapse With 33% Allocation To Gold – Rickards
/
DHS Is Preparing For The Next Disaster Which Will Cover Up The Economic Collapse
/

BLM Feds: Do As We Say, Not As We Do One rule for us, another rule for everybody else
/
Use of excessive force by Albuquerque police ‘pretty disturbing,’ report finds (VIDEO) The 401k Scheme -Government to Confiscate?

/
FOR CLIVEN BUNDY AND FOR THE RED, WHITE AND BLUE!