UN Gun Control Body Sets Up Veto-Proof Framework, National Registry for Light Arms - www.undergroundworldnews.com
According to Reuters, representatives from 130 countries gathered in Mexico, although only 72 countries have fully ratified the treaty. They determined that Geneva will be “the seat of the permanent secretariat for the ATT” and they unanimously decided that unanimous agreements would not have to be reached on gun control decisions going forward.

On August 23, Breitbart News reported Gun Owners of America’s warning that officials from the Obama administration would be attending the conference, even though the U.S. Senate had not ratified the ATT.
/
The ATT is ubiquitously aimed at stopping “small arms [and] light weapons” from crossing borders–something which cannot be done without the creation of an international registry. Moreover, framers of the ATT explicitly stated that one of the goals of the treaty is to keep track of “end users” of “small arms [and] light weapons.” To that end, a record keeping system designed to last a “minimum of ten years” is suggested.

Secretary of State John Kerry signed the ATT on September 25, 2013. UN GUN CONTROL BODY SUPPORTED BY OBAMA SETS UP VETO-PROOF FRAMEWORk - The ATT is ubiquitously aimed at stopping “small arms [and] light weapons” from crossing borders–something which cannot be done without the creation of an international registry. Moreover, framers of the ATT explicitly stated that one of the goals of the treaty is to keep track of “end users” of “small arms [and] light weapons.” To that end, a record keeping system designed to last a “minimum of ten years” is suggested.
/
The Chinese super-rich are about to flood the US real-estate market
/
Where This WILL Eventually End Up: Fetal Cannibalism:VERY GRAPHIC AND DISGUSTING - Note don't look I saw just a glimpse - you will never forget what you saw
/

Islamic State Plotting ‘Second Blow’ to U.S. Financial System in Bid to ‘Purify the Earth of Corruption’
The Islamic State group revealed over the weekend that at the centerpiece of its goal to bring down America is a concerted effort to weaken the U.S. dollar and replace it with gold currency. A video posted Saturday warned of the “dawning of a new age” in which replacing the dollar with gold would deliver “the second blow to America’s capitalist financial system...”
/

Thousands of fish wash ashore at Rio de Jeneiro's Olympic park
Thousands of dead fish wer found washed ashore in the Jacarepagua Lagoon on Saturday, next to Rio de Janeiro's Olympic Park. Residents began noticing the appearance of dead fish on Friday. Orlando Gomes, who has lived in the area since 2011, said it's the first time he has seen the phenomenon in the lagoon.
/ 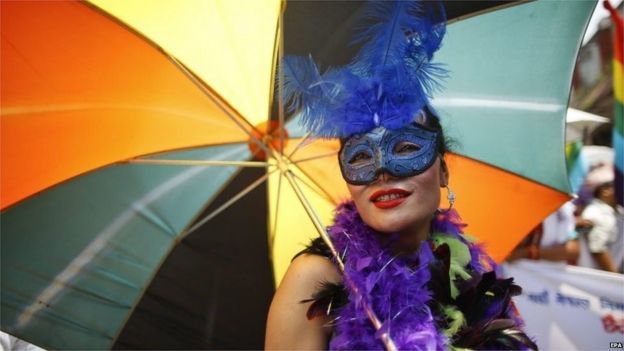 Nepal gay parade to enshrine LGBT rights in constitution
Gay right activists have taken part in a parade in Nepal's capital Kathmandu to press their demands for gay rights to be enshrined in the constitution. Hundreds turned up for the colourful rally - dancing in the streets. They are demanding same-sex marriage be guaranteed in the new constitution, gay couples' rights to adopt, buy joint property or inherit from one another.
/ Copy link to paste in your message
The temple of Baal Shamin is destroyed by ISIS. It has been suggested the group could take Palmyra apart piece by piece
Wiping yet more history off the face of the earth: ISIS blow up 2,000-year-old Temple of Bel in Palmyra in latest outrage at the ancient Syrian city
/
Anger builds at EPA over radioactive landfill
/
Sheriff David Clarke: Barack Obama Started This War On Police • Judge Jeanine • 8/29/15 • This NOAA satellite images show three hurricanes in the Pacific Ocean: Hurricane Kilo, left, Hurricane Ignacio and Hurricane Jimena. Source: NASA Source: Supplied
Three Category 4 hurricanes appear in Pacific Ocean
/
NYT’s Barro: ‘Massive’ Gun Grab Only Way To Impact Violent Crime
/
University of Texas Removes Jefferson Davis, Woodrow Wilson Statues
Infowars - Statue removal follows nationwide campaign to take down historical items deemed “racist.” Statues of Jefferson Davis and Woodrow Wilson were removed from the campus of the University of Texas at Austin Saturday after a local Confederate heritage group failed to block the move at the state Supreme Court. Announcing the plan earlier this month, University President Greg Fenves stated that the statue of Davis, a leader in the Confederacy, would be removed from UT’s Main Mall because “it was no longer in the university’s best interest to continue commemorating” him, reports the Statesman. Wilson, a Democrat president known for praising the KKK, was moved as well merely to “maintain symmetry on the mall.”
Election News

/
The Illusion of Choice … 90% of American Media Controlled by 6 Corporations Activist Post - It is worth repeating again and again that the bulk of America’s mainline media is owned and controlled by a mere 6 corporations. This, of course, means that unless you’re already consciously avoiding these mainline media sources, then most of the news and entertainment that makes it onto your screen and into your mind comes from a small pool of corporate sources, all of which play important roles in delivering propaganda, social programming and perpetual crisis narratives to the public. The conglomerates are: General Electric, News Corp., Disney, Viacom, Time Warner and CBS.
/
When the Bank Robs You: Wells Fargo Contractors Allegedly Stole Family Heirlooms Rescued From Nazis The Intercept - The few remaining defenders of the Obama administration’s failure to prosecute the executives who helped cause the 2008 financial crisis argue that the bankers’ actions were unethical but not criminal.... The president might want to take this up with David Adier, who says he was victimized by Wells Fargo breaking and entering into his family’s home in Morris Township, New Jersey, and then committing property damage and theft. Burglary is a felony subject to prison time — if anybody but a bank does it. Adier’s case is doubly disturbing because of what was taken: items his father retrieved from his family’s apartment in France before fleeing the Nazis in 1940, including a Kiddush cup, a Seder plate and a sewing machine used by his grandmother. Adier has since filed suit against Wells Fargo. According to the complaint, Wells Fargo’s contractors deemed the house abandoned, despite explicit instructions that it was not.
/ File photo. Image source: WSJ.com
State Orders Dairy To Label All-Natural Milk ‘Imitation’Off the Grid News - The owners of an dairy are dumping hundreds of gallons of skim milk down the drain because of a state order to label their all-natural product “imitation.” Under Florida state rules, the only way the Ocheesee Creamery can market its product as skim milk would be to inject it with artificial Vitamin A – and thus avoid the imitation label. The owners of the creamery have sued the state and are being represented by the Institute for Justice.


Wikileaks founder Julian Assange claims he’ll be killed by CIA drone if he leaves embassy
Julian Assange has spoken about his fears he will be assassinated or even “Droned” by the American intelligence services if he leaves his hideout within the Ecuadorean embassy. The controversial Wikileaks founder is so fearful that someone will try to take his life that he no longer uses the property’s balcony, despite having had no
/
World to Fed: We’re prepared for U.S. rate hike, so don’t delay
Central bankers from around the world are telling their American counterparts that they are ready for a U.S. interest rate hike and would prefer that the Federal Reserve make the move without further ado. In private and in public at last week’s global central banking conference in Jackson Hole, the message from visiting policymakers was
/
Obama Has Declared Open Season On Cops