Reports: SNAP EBT Down Nationwide - Was This Another Deliberate Test To See How People Will React When They Can't Buy Food?
/
Putin Sends Out Warning To World On ISIS's Intentions To Invade Jerusalem, Europe - New ISIS Video Claims 'We're Back In America!'

US Will Do Everything to Overthrow ‘Unwanted’ Governments - Assange
/
This Satellite Image Leaves No Doubt That Russia Is Throwing Troops and Aircraft Into Syria It also shows just how screwed America’s Syria policy is.
/ 3
inShare
by John Rubino on September 15, 2015 · 6 Comments
Money center banks — which over the past few decades have grown into the biggest financial entities the world has ever seen — appear to have hit a wall, and are now shedding tens of thousands of workers. Three recent examples:

(CNBC) – Barclays plans to cut more than 30,000 jobs within two years after firing Chief Executive Antony Jenkins this month, The Times reported on Sunday.
This redundancy program, which could reduce the bank’s global workforce below 100,000 by 2017 end, is considered as the only way to address the bank’s chronic underperformance and double its share price, the newspaper said, citing senior sources.
These job cuts are likely to affect staff at middle and back office operations, where largest savings are achieved, the Times said.
The paper said that a potential candidate, who would replace Jenkins, is expected to ax jobs much faster and more deeply than the ousted boss.

Deutsche Bank to cut workforce by a quarter

(Reuters) – Deutsche Bank aims to cut roughly 23,000 jobs, or about one quarter of total staff, through layoffs mainly in technology activities and by spinning off its PostBank division, financial sources said on Monday.
That would bring the group’s workforce down to around 75,000 full-time positions under a reorganization being finalised by new Chief Executive John Cryan, who took control of Germany’s biggest bank in July with the promise to cut costs.
Deutsche’s share price has suffered badly under stalled reforms and rising costs on top of fines and settlements that have pushed the bank down to the bottom of the valuation rankings of global investment banks. It has a price-book ratio of around 0.5, according to ThomsonReuters data.
Deutsche is mainly reviewing cuts to the parts of its technology and back office operations that process transactions and work orders for staff who deal with clients.
A significant number of the roughly 20,000 positions in that area will be reviewed for possible cuts, a financial source said. Back-office jobs in the group’s large investment banking division will be concentrated in London, New York and Frankfurt, the source said.
PostBank has about 15,000 positions, pointing to roughly 8,000 layoffs at Deutsche once the unit’s spinoff is completed as planned in 2016.

UniCredit plans to cut around 10,000 jobs

(Reuters) – UniCredit (CRDI.MI), Italy’s biggest bank by assets, is planning to cut around 10,000 jobs, or 7 percent of its workforce, as it seeks to slash costs and boost profits, a source at the bank told Reuters on Monday.
The planned cuts will be concentrated in Italy, Germany and Austria, several sources said, adding that they include 2,700 layoffs in Italy that have already been announced.
A UniCredit spokesman declined comment beyond noting that the bank’s CEO Federico Ghizzoni had on Sept. 3 said there were no concrete numbers on potential lay-offs, after a report said it was considering eliminating 10,000 positions in coming years.
UniCredit, which has 146,600 employees across 17 countries, is under pressure to boost its profits as low interest rates are expected to keep hurting its earnings in coming years.

Such a sudden, widespread retrenchment can mean several things:
1) Technology is making a lot of back office staff redundant. That’s reasonable and to be expected. Automation of knowledge work will be one of the big stories of the coming decade and finance is a prime target. A quick look at the growth of crowdfunding (from zero in 2009 to an estimated $50 billion in peer-to-peer loans in 2016) tells you all you need to know about the future of conventional bank lending.
2) The profitability of core banking operations is going to crater in the coming year and these guys are trying to get out in front of it — while hoping to hide the deterioration within massive workforce reduction write-offs.
3) The availability of good jobs for European college graduates — already too low — is going to shrink further. It’s virtually impossible for a finance-dependent system to grow while major banks are shrinking, so Europe will remain stuck in neutral while its governments pile up ever-greater debts and more peripheral countries join Greece on the public dole. And the euro will, at some point, be devalued suddenly and drastically.
5) The other big banks can’t be in much better shape, since they’re all operating in the same zero-interest rate, low-growth world. In the US, where auto loans have been a singular bright spot, what happens when cars stop selling? We may be about to find out. See U.S. factory output declines on sharp drop in auto production.
6) The global recovery is a mirage. Six years in, with stock and bond prices near record levels, demand for support staff in deal-driven entities like banks should be rising. Layoffs on this scale are bottom-of-a-recession events.
/
Obama and Allies Seek to Nationalize Local Police
/ Federal agencies have been directed to hire psychologists to experiment and find ways to better manipulate the American people to the federal government’s will.
---President Obama Orders Behavioral Experiments On American Public
/
S&P Downgrades Japan From AA- To A+ On Doubts Abenomics Will Work - Full Text Zero Hedge - On Sept. 16, 2015, Standard & Poor's Ratings Services lowered its long-term foreign and local currency unsolicited sovereign credit ratings on Japan to 'A+' from 'AA-'. The outlook is stable. We also lowered the short-term foreign and local currency unsolicited sovereign credit ratings to 'A-1' from 'A-1+'. We revised our transfer and convertibility (T&C) assessment to 'AA+' from 'AAA'. We believe the likelihood of an economic recovery in Japan strong enough to restore economic support for sovereign creditworthiness commensurate with our previous assessment has diminished.
/
Brazil raises taxes and cuts spending as recession hits RT - The Brazilian government has announced plans for $7 billion in spending cuts and $8 billion in additional taxes aimed at plugging the hole in the country’s 2016 budget. The austerity package is designed to balance the harsh economic downturn of the seventh-largest economy, whose sovereign credit rating was cut to ‘junk’ status last week. The measures are going to freeze public sector salaries, cut jobs, eliminate ministries and axe social programs. Brazil officially entered recession last month. The country’s GDP grew by only 0.1 per cent last year and is predicted to fall by 1.49 per cent in the near future. Commodity prices are falling and oil major Petrobras is involved in a corruption scandal.
/
Here's What You Need to Know About Marijuana Legalization 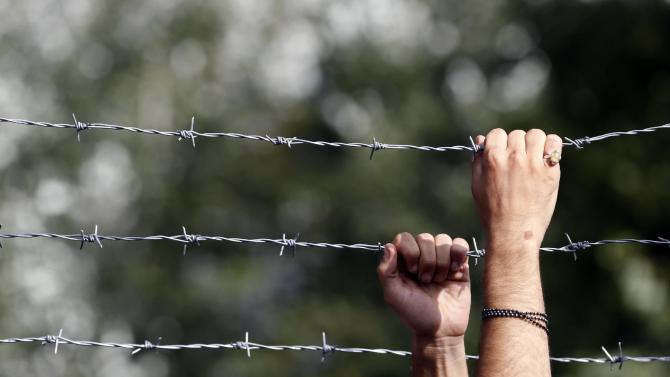 Jeb Bush: There’s Not a National Right to Gun Ownership

Islamic State could unleash the plague and cause the Black Death 2 Chris Ryan said its widely known every superpower in the world is holding a range of deadly viruses including the plague, which a terror group such as ISIS could seize and unleash. It would see thousands of victims become covered in huge weeping boils, before suffering a slow and painful death. The bubonic plague has

China reportedly compiling ‘Facebook’ of U.S. government employees A private industry IT security firm tells Fox News that personal data stolen over the span of several high-profile U.S. cyber breaches is being indexed by China’s intelligence service into a massive Facebook-like network. According to CrowdStrike founder Dmitri Alperovitch, Chinese hackers are using information gained from the breaches of the U.S. Office of Personnel
/
image: http://www.trunews.com/wp-content/uploads/2015/09/730x420-2e42bd0a72bd8d779585d24e01d8cac5.jpg 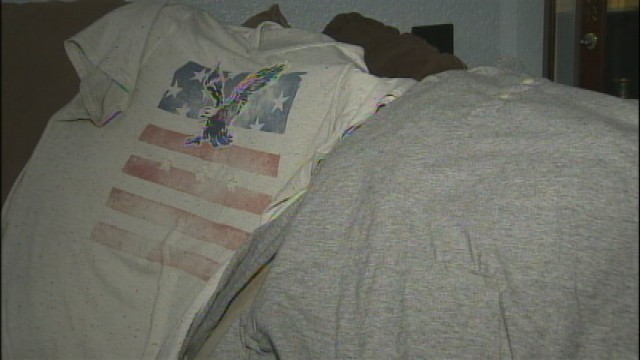