Another American arrested and imprisoned in Tehran...

A Russian Tupolev Tu-142 Bear aircraft, like the one picture here, flew as low as 500 feet Tuesday morning, Oct. 27, 2015, near the USS Ronald Reagan, which has been conducting scheduled maneuvers with South Korean navy ships in international waters east of the Korean Peninsula.
Courtesy of the Department of Defense
RUSSIAN AIRCRAFT BUZZ AMERICAN WARSHIP...
/ 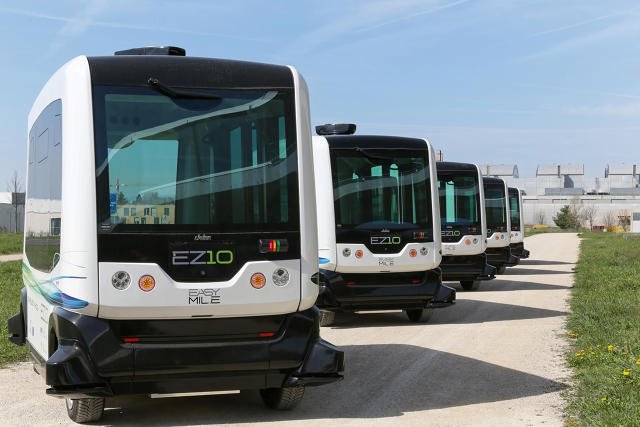 Venezuela is running out of money fast and has started selling its gold.


The cash-strapped country could default by next year when lots of debt payments are due. Venezuela's reserves, which are mostly made up of gold, have fallen sharply this year as the country needs cash to pay off debt and tries to maintain its social welfare programs.


Venezuela owes about $15.8 billion in debt payments between now and the end of 2016.

But it doesn't have enough to make good on its payments. Venezuela only has $15.2 billion in foreign reserves -- the lowest amount since 2003. A lot of those reserves are in gold.

Less than $1 billion of Venezuela's reserves are in cash, and it has a couple billion in reserves at the IMF.

Its government won't say how much gold it currently has. In May, Venezuela had $11.7 billion -- nearly 70% -- of its reserves in gold and it was fast dwindling. In February, it had $14 billion in gold reserves. Both these figures are from the most recent government data.

"It'll have to sell some of its gold reserves to make the debt payments," says Edward Glossop, emerging markets economist at Capital Economics. "[Cash] reserves are almost virtually zero."

Related: Pepsi has a Venezuela problem

Venezuela overwhelmingly relies on oil to drive its economy and pay its debts. But with oil prices still low, Venezuela is making little on its oil sales. It has no choice but to dive into its gold reserves to pay some of its bills, experts say.

It's another sign that Venezuela -- despite having the world's largest oil reserves -- could be the worst economy on the planet now. Its currency has plummeted, inflation has skyrocketed over 100% and it can't pay for basic imports like french fries or even napkins. Venezuela's economy is expected to shrink 10% this year, according to the IMF.

Related: Venezuela's currency is worth less than a napkin

"The bottom line is that the spending is unsustainable with oil below $50 and needs to be reined in," says Win Thin, global head of emerging markets at Brown Brothers Harriman. Thin believes Venezuela will eventually cut spending to avoid default, but he points out that financial markets overall are predicting a default.

You might think the rest of Venezuela's reserves are all in cash. But they're not. After its gold reserves, its backup fund of $2.3 billion is with the IMF, leaving Venezuela with a paltry sum of actual cash reserves, now under $1 billion.

Experts say there are two possible lifesavers for Venezuela now:

(1) A rally in oil prices could help Venezuela get more money in its coffers. But that's not looking too likely in the short-term.

(2) China or Russia, its key allies, can volunteer to pay its debts. But Russia has its own economic problems and appears unlikely to bail out Venezuela, experts say. China did give Venezuela billions last year, and it could come to the rescue again. But relying on China at a time when its own economy is slowing is unsustainable, experts say.

"It's likely that they get some financing from China," says Alejandro Arreaza, an economist at Barclays, who is from Venezuela.

If anything, some say that the falling reserves are just another example of how poorly mismanaged Venezuela is under Maduro.

"What kind of government does it take to bring a country with the largest oil reserves in the world to the brink of bankruptcy?" says Russ Dallen, managing partner at LatInvest, a Miami-based firm that invests in Venezuela.


CNNMoney (New York) October 29, 2015: 11:39 AM ET
Its government won't say how much gold it currently has. In May, Venezuela had $11.7 billion -- nearly 70% -- of its reserves in gold and it was fast dwindling. In February, it had $14 billion in gold reserves. Both these figures are from the most recent government data.
Venezuela running out of cash, selling its gold...
/
US warns Britain: If you leave EU you face barriers to trading with America Trade representative Michael Froman says UK would face same tariffs and barriers as China, Brazil or India in the event of Brexit
/
Pentagon confirms Army blimp was shot down:For now, the other blimp has been grounded until investigators determine the cause of the cable break.
/
Russia shows off inexpensive little ship. Less than half the size of US allegory, but its missiles go THREE times as far and FOUR times as fast
---Russian military showing capabilities no-one expected
/ Image source: Pixabay.com
Starting next fall it will be illegal to install wood-burning heaters and stoves in new homes in at least one major American city: San Francisco.
Even wood stoves certified as low emission by the Environmental Protection Agency (EPA) will be banned.
A Ban On Heating Your Home With Wood? It’s Happening
/
China Warning Goes Out 'Prepare For The Worst' As Russia Threatens 'Unpredictable Consequences' Against America

/
Project Launched to Revive the Colossus of Rhodes; Huge Statue of the Sun God 'Helios'

On the Thursday edition of TRUNEWS, host Rick Wiles breaks the story on radio that restaurant chain Chick-Fil-A is listed as a leading sponsor of a “faith-based” homosexual film and arts festival.  The festival is sponsored by the group Level Ground, who describe themselves on their website as:


There are too few places for gracious conversation about the things that matter to us most deeply. Our churches, our families, and our selves are being broken in the crossfire. Cultural tensions continue to rise, along with rates of suicide, homelessness, and general absolution of faith. Each of us — whether gay, straight, old, young, religious or post-faith — have something at stake in the dialogue about faith, gender, and sexuality.

Chick-Fil-A in the past has presented a ‘conservative’ or even ‘evangelical’ image, which has gained the support and loyalty of Christians nationwide.  Chick-fil-A came under fire in 2012 from homosexual advocates after President Dan Cathy spoke in favor of Biblical marriage.
The sponsorship of the film festival, which took place earlier this month in Nashville, has garnered the reactions of Chick-Fil-A customers to start a petition drive to bring the matter to the attention of believers around the country, and to the corporate management of the fast-food chain.
Rick Wiles pointed out that in August 2012, over 600,000 people stood in line at Chick-Fil-A restaurants nationwide to show their support for traditional marriage.  He also pointed out that this recent step away from those values follows the restaurant’s participation in providing food for a homosexual pride parade this summer in Iowa.
Dan Cathy, CEO of Chick-Fil-A, now says he “made a mistake in endorsing traditional marriage…every leader goes through different phases of maturity, growth and development and it helps by recognizing the mistakes that you make, and you learn from those mistakes. If not, you’re just a fool. I’m thankful that I lived through it and I learned a lot from it.”
Rick Wiles skewered these comments by Cathy, and the recent sponsorship of the pro-homosexual event in Nashville, by recommending that the fast food chain add a new item to their menu.
“Yellow-bellied weasel,” Wiles suggested.
Listen to the entire program including these comments at the following link:  TRUNEWS 10/29/15

Rick Wiles: Chick-Fil-A Should Add ‘Weasel’ To Their Menu Rick Wiles breaks the story on radio that restaurant chain Chick-Fil-A is listed as a leading sponsor of a "faith-based" homosexual film and arts festival.
/

New Law May Force Doctor’s to Take LGBTQ Cultural Competency Course With the number of gay and transgender people on the upswing in the District of Columbia, city council members want to force doctors to take cultural competency classes to better accommodate them. The council heard testimony Wednesday from local activists urging them to pass legislation that would make “LGBTQ cultural competency training” a part of their continuing
/
image: http://www.trunews.com/wp-content/uploads/2015/10/r-13.jpeg

Runaway U.S. Army Blimp Terrorizes Pennsylvania A high-tech U.S. military blimp designed to detect a missile attack came loose on Wednesday and wreaked havoc as it floated from Maryland into Pennsylvania while dragging more than a mile of cable and knocking out power to thousands. The U.S. military scrambled two armed F-16 fighter jets to keep watch as the massive blimp

Bremerton High School Coach Placed on Leave for Praying The Bremerton High School football coach in the state of Washington has come under fire for praying after games. The school district plans to pay him through the remainder of his contract but he will not be allowed to participate in the football program.
/
China warns US against ‘minor’ incidents that could ‘spark war’
/
Student Accused of Promoting Gang Culture for Wearing American Flag Shirt


/
China's one-child policy reversal cautiously welcomed
Chinese state media have welcomed the news China is reforming its decades-old one-child policy, with one editorial saying it "echoes the people's will". But right groups have said the measures do not go far enough and restrictions should be abolished altogether. On Thursday, the government said it was relaxing the rules to allow all couples to have two children.
/
China Warns U.S. It Risks Sparking A War If It Doesn't Stop "Provocative Acts"
/
First They Jailed The Bankers, Now Every Icelander To Get Paid Back In Bank Sale
/
Recovery Wrecked: American Employee Compensation Dropped In September For The First Time Since July 2013
/
The Ghost Cities Finally Died: For China's Steel Industry "The Outlook Is The Worst Ever Amid Unprecedented Losses"
/

The shipping industry is known as the thermometer of global economic growth. New reports show temperatures are dropping and risks of a market crash are rising. Two days ago, Bishop Dr. Norman DaCosta shared a vision he saw on October 26 2015 showing a great crash coming. The Lord spoke to him,  “A great crash is coming, in a domino style effect.” The crash he saw started when the wheels broke off of a tractor trailer at the hub, which caused … END_OF_DOCUMENT_TOKEN_TO_BE_REPLACED
/
The Oligarch Recovery: US Military Veterans Are Selling Their Pensions In Order To Pay The Bills…(MAX GRRRRR!!!)
/
WAR ON CASH: Banks to start charging for cash deposits
Posted by I at Friday, October 30, 2015