'Bring your guns and come': Militiamen including Cliven Bundy's three sons take over Oregon federal building and call 'U.S. patriots' to arms in protest at pending imprisonment of two ranchers
/

It's On: Saudi Arabia Severs Diplomatic Ties With Iran, "Does Not Care" If It Has Angered White House
/
Puerto Rico Is Greece, & These 5 States Are Next To Go
/

Washington State Representative - Matthew Shea "REGARDING THE SITUATION IN OREGON"

REGARDING THE SITUATION IN OREGON: The BLM's bureaucratic terrorism has finally reached a boiling point. I have been working all day with The Coalition of Western States (C.O.W.S.) and we will have more information for you shortly. Please pray for a peaceful resolution. The Hammonds rejected any help from C.O.W.S. so our vast network of Patriots has out of respect for their wishes not been involved. However, it appears that FBI is trying to impose what amounts to a gag ...order on politicians, peace officers, pastors, and grassroots leaders who want to see a peaceful end negotiated to this situation. This is unacceptable. The utter failure of the BLM and continuing pattern of abuse throughout the west is what brought about this unfortunate situation. When people feel like there is no remedy for injustice they do desperate things to seek attention and redress. It is interesting to note that the protesters down in Burns did nothing remotely close to the rioting, destruction, and devastation we saw in Ferguson and other cities... something the President said he "understood but did not agree with." I suspect our Sheriff and President Obama will try to once again to paint Constitutionalists as domestic terrorists as part of the President's gun control agenda this week. And therein is the problem. Divisive rhetoric by Obama and our Sheriff (with the only solution seemingly being taking away yet more rights "for our own good") is only going to make the situation worse. Why isn't our Sheriff negotiating or supporting the negotiation of peace? Why is our Sheriff defending federal bureaucrats and not the people? If we want to see America remain America then the BLM and other federal agencies must end their bureaucratic terrorism and the Sheriff must honor his Oath.
https://www.facebook.com/mattsheawa?fref=nf

Actor James Woods Responds to Details of 8-Day Crime Spree: “Buy More Guns and Learn How to Use Them”

Once again, actor James Woods is being very vocal about crime and guns, and I love virtually everything the man has to say.  On December 29, Woods responded to the details that have been released with regard to three black thugs
/
What Really Happened In 2015, And What Is Coming In 2016… 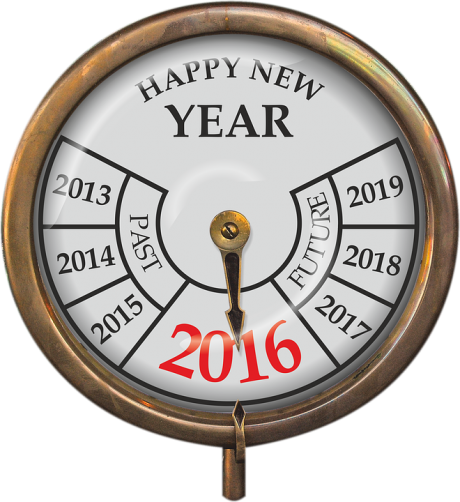 A lot of people were expecting some really big things to happen in 2015, and most of them did not happen.  But what did happen?  It is my contention that a global financial crisis began during the second half of 2015, and it threatens to greatly accelerate as we enter 2016.  During the last six months of the year that just ended, financial markets all over the planet crashed, trillions of dollars of global wealth was wiped out, and some of the largest economies in the world plunged into recession.  Here in the United States, 2015 was the worst year for stocks since 2008, nearly 70 percent of all investors lost money last year, and it is being projected that the final numbers will show that close to 1,000 hedge funds permanently shut down within the last 12 months.  This is what the early stages of a financial crisis look like, and the worst is yet to come. (Read More....)
/
From Baghdad to Bahrain…From Beruit to Tehran – Tensions Are Exploding Across the Middle East
/
China share trading halted after 7% plunge
Trading on China's stock markets has been suspended after the market dramatically plunged and triggered a new system meant to limit volatility. The blue-chip CSI 300 Index dropped 7% while the benchmark Shanghai Composite index fell 6.9%. The technology-heavy Shenzhen Composite was the worst performer and fell by more than 8%.
---China Halts Stock Trading For Day After Entire Market Crashes
---------Dow Futures Dump 300 Points From New Year's Eve Highs As China Crashes
/
6.7-Magnitude Earthquake Recorded Near India-Myanmar Border
A strong earthquake with a magnitude of 6.7 was recorded before dawn Monday near the India-Myanmar border, the U.S. Geological Survey confirmed. There was no immediate information on casualties or damage.
/

This article was written by Mac Slavo and originally published at SHTFplan.com What started as a peaceful protest in Burn, Oregon over the imprisonment of two ranchers who lit fires on federal land to curb the growth of invasive plant species and reduce the risk of wildfires on their property has turned into an armed standoff pitting the Federal government against armed Patriot militiamen.

Feds Preparing “Multi-Agency” Action In Oregon As Patriot Militia Says They Are “Willing To Kill And Be Killed”
/
Trump: Hillary Clinton Should Disarm Her Bodyguards If She Really Believes ‘Guns Don’t Keep You Safe’
/
David Morgan-Fed Is Going to Stall and Fall