MICHAEL BROWN:Oregon declares war on Christian faith - In yet another example of gay activist overreach, an Oregon official has not only burdened a Christian couple with a ridiculous fine, he has imposed a gag order on them. But Aaron and Melissa Klein aren’t backing down.
/
Americans Clueless about George Orwell, 1984, and term "Orwellian" 
WASH POST PAGE ONE TUESDAY: Tension among Hispanic construction workers at Trump's DC hotel... - But that job site is now laden with tension after the man behind the project — billionaire developer Donald Trump — put himself at the center of the nation’s debate over illegal immigration.
'Infectious disease pouring across border'...
/ 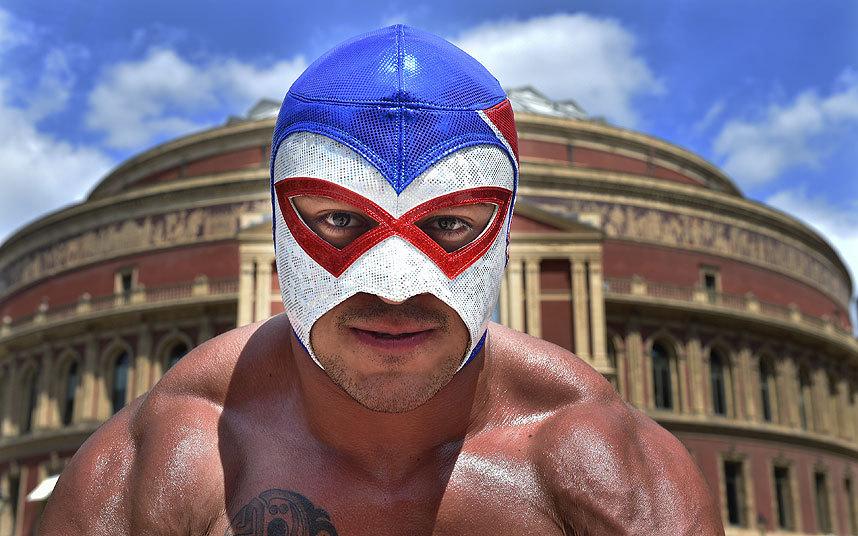 Mexican pro wrestler: I'd like to take Obama in ring...
/
Woman frisked, jailed -- for not renewing dog license...
/
NOAA: Young herring 'suddenly disappear' from Pacific, no one can find them; 'This is an enigma, something’s happened' — Millions of missing salmon raising alarms;
/
Bill Fleckenstein – 'There Is No Time Left' As Greek Crisis Is Poised To Go Global, Plus A Bonus Q&A
/
GREECE GIVEN 24-HOUR DEADLINE...

CASH RUNS OUT... PM DRAGS PUTIN INTO BATTLE WITH EUROPE...

States face shaky financial futures; Pensions at risk...
/
Six-times deported illegal charged in felony hit-and-run... High on pot... Young children hospitalized...
/
Record number of foreign students in U.S. colleges...
/
Jade Helm, Terrorist Attacks, Surveillance and Other Fairy Tales for a Gullible Nation: Clearly, there’s a larger agenda at work here, and it’s one the American people had better clue into before it’s too late to do anything about it.
/
Americans With Retirement Accounts Beware: If Our Government Does What China Just Did You’ll Be Wiped Out-
/

Already, there are warning signs of a slowdown, similar to those that front-ran the 1929 crash Photo: Reuters
CHINA 'HEADING TOWARDS 1929 MARKET CRASH'...
/

China Crashes At Open With Over Half The Stocks Suspended; Margin Debt Plunges Most On Record
/
Man Who First Predicted Greek Bank Deposits Would Be Stolen Now Says Another Terrifying Global Collapse Is Imminent
/
Most Dangerous Flag In America Is NOT The Confederate Flag…It Is The ISIS Flag And The Rainbow Flag Of Homofascism


/
This Sheriff Has Had It With Federal Overreach and Does Something About It
/
OATH KEEPERS: PREPARE FOR ECONOMIC COLLAPSE Obama trying to start race war

/
China Now Risks "Financial Crisis"; Loses Could Be "In The Trillions" BofA Says
---More than 40% all Chinese stocks now in trading halt
/
EU Makes Greece ‘An Offer They Can’t Refuse': Agree To A Deal By Sunday Or Go Bankrupt

It looks like we aren’t going to have to wait much longer to see if Greece remains part of the eurozone or not.  Instead of softening their demands in the wake of the Greek referendum, European leaders have given the Greek government an ultimatum.  On Tuesday night, EU officials gave Greece a deadline of Thursday to submit a new proposal and a deadline of Sunday for agreeing to a deal.  If a deal is not reached on Sunday, all aid to Greece will be cut off and the nation will be faced with financial oblivion and a forced exit from the common currency.  But Angela Merkel has already made it abundantly clear that any new deal will not include a debt haircut – one of the key things that the Greek government wanted.  If a deal is actually made, it is almost certainly going to look very much like what Greece’s creditors have been offering all along.  Needless to say, this is precisely what the Greek people just voted against, but the pressure on Greek leadership is immense at this point.  In essence, they are being given “an offer they can’t refuse”.  So will the Greek government buckle under this mobster-like intimidation? (Read More...)
/
European Stocks, Chinese Stocks And Commodities Are All Crashing – Are U.S. Stocks Next?

A global stock market crash has begun.  European stocks are crashing, Chinese stocks are crashing, and commodities are crashing.  And guess what?  All of those things happened before U.S. stocks crashed in the fall of 2008 too.  In so many ways, it seems like we are watching a replay of the financial crisis of 2008, but this time around the world is in far worse shape financially.  Global debt levels are at an all-time high, the 75 trillion dollar global shadow banking system could implode at any time, and there are hundreds of trillions of dollars in derivatives that threaten to wipe out major banks all over the planet.  The last major worldwide financial crash was almost seven years ago, and very little has been done since that time to prepare for the next one.  If global markets do not calm down, we could see carnage in the months ahead that is absolutely unprecedented. (Read More....)
/

China’s Stocks Plunge as State Intervention Fails to Stop Rout China’s Shanghai Composite Index fell to a three-month low on concern a raft of measures to stabilize equities is failing to stop the bear-market rout as traders unwind margin bets at a record pace. The Shanghai Composite tumbled 5.2 percent to 3,535.20 at 10:48 a.m. local time, after plunging as much as 8.2 percent, the
/

The really worrying financial crisis is happening in China, not Greece While all Western eyes remain firmly focused on Greece, a potentially much more significant financial crisis is developing on the other side of world. In some quarters, it’s already being called China’s 1929 – the year of the most infamous stock market crash in history and the start of the economic catastrophe of the Great
/

Kansas governor: state can’t punish religious groups over same-sex marriage objections Kansas Gov. Sam Brownback (R) on Tuesday issued an executive order asserting that clergy and religious organizations cannot be penalized by the state for refusing to recognize or provide services for a same-sex marriage. The order comes nearly two weeks after the Supreme Court ruled that same-sex couples have a constitutional right to marry, paving
/
Jimmy Carter Says Jesus Would Approve Of Gay Marriage
"I believe Jesus would. I don't have any verse in scripture. ... I believe Jesus would approve gay marriage, but that's just my own personal belief. I think Jesus would encourage any love affair if it was honest and sincere and was not damaging to anyone else, and I don't see that gay marriage damages anyone else," he said.
/
China stocks tumble as regulator warns of 'panic'
Chinese stocks dived on Wednesday after the securities regulator said the tumbling stock market in the world's second-biggest economy was in the grip of "panic sentiment" as investors ignored a battery of support measures from Beijing.
/
School Administrators in Iowa to Monitor Students with Body Cameras
/
‘We’re Training ISIL': White House Website Corrects Obama’s Speech Blooper
/


/
Greece and The EU House Of Cards

Greek banks are preparing contingency plans for a possible “bail-in” of depositors amid fears the country is heading for financial collapse. Experts have repeatedly warned that a global financial collapse is imminent. Will the U.S. be prepared for so-called banking holidays in a cashless society?