CNN guest a pastor : Jesus was 'undocumented immigrant' / JUDICIAL WATCH EXPOSES ISIS THREAT ON BORDER / ◾Russian President Vladimir Putin has drafted a bill that aims to eliminate the US dollar and the euro from trade between CIS countries. / Hillsong NYC Church Has An ‘Engaged’ Openly Homosexual Couple Leading The Choir / ConocoPhillips Fires 10% Of Global Workforce, Warns Of "Dramatic Downturn" To Oil Industry / ◾Three cops murdered in less than a week: Another officer is found slaughtered in his Texas home amid growing safety fears and a manhunt for the Illinois cop killers who got away / School district investigating mass baptism at football practice... / 700 out of every 1,000 UN refugees are resettled in USA... - 1 in 4 in Houston born in foreign country... / Italy ready to impose border controls... / ◾CDC caught wildly overestimating disease epidemic fatality numbers to boost vaccine sales / ◾Small Business Owners: Feds Are Trying To ‘Destroy’ Us / ◾Death Crosses Spread To All Corners Of The Market / Sheep Led to the Slaughter: The Muzzling of Free Speech in America / Univ. of Colorado sexual misconduct policy: Students who don’t consent are ‘not required to resist’ /

AM 710 KNUS talks about this

After enduring their worst August in 17 years, U.S. stocks are off to their worst start to a September in 13 years.  Just yesterday, I declared that we would be entering the “danger zone” this month, and it didn’t take long for the action to begin.  Historically, this month is the worst month of the year for stocks, and most of the biggest stock market crashes throughout our history have come in the fall.  On Tuesday, the Dow plunged another 469 points, and it is now down more than 10 percent from the peak of the market back in May.  That means that we have officially entered “correction” territory.  Asian stocks also crashed hard on Tuesday, so did European stocks, and the price of oil plummeted about 8 percent.  For a long time, there have been a lot of people out there that have been warning that a financial crisis would happen in the second half of 2015, and they are being proven right.  It is actually happening. (Read More....)
/

Three cops murdered in less than a week: Another officer is found slaughtered in his Texas home amid growing safety fears and a manhunt for the Illinois cop killers who got away
/

The practice is called "SWATting, and it even has it's own Wikipedia entry:
Anti-Gun Group Wants Gun Owners Killed?
/

'See how God is STILL in our schools!'
/

Photo: James Nielsen, Staff
MORE THAN HALF OF IMMIGRANTS ON WELFARE...

Protesters climb on roof... 'The system is collapsing'...

The rise and fall of the American homeowner: Current homeownership rate is back to where it was 50 years ago.
/

Will Siberia be home to the first cloned woolly mammoth? Russian scientists set up new laboratory to resurrect extinct giants
/
Sheep Led to the Slaughter: The Muzzling of Free Speech in America
/ 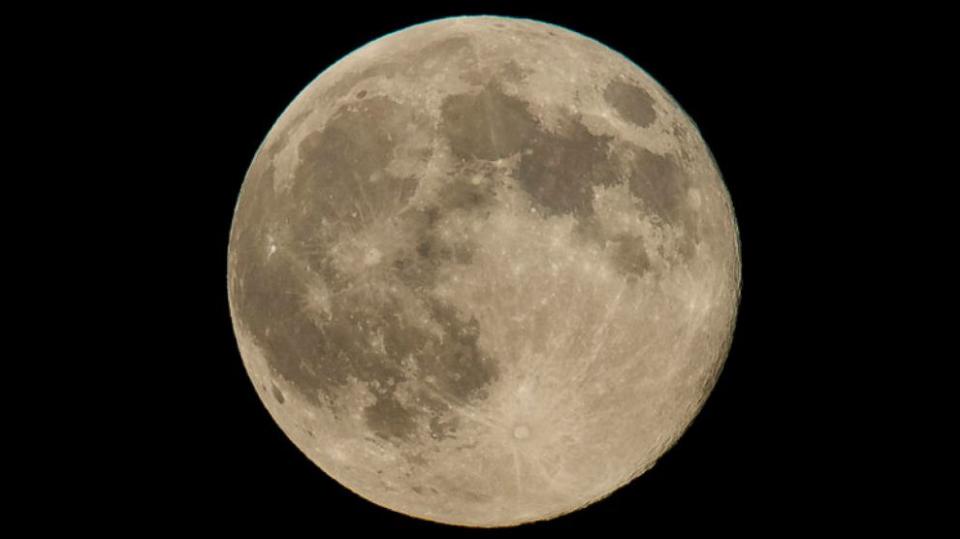 Rare Supermoon Lunar Eclipse Coming This Month
The cosmic event will take place on the night of Sept. 27 when two periodic events -- supermoons and lunar eclipses -- will happen at the same time, making for a rare coincidence. A supermoon occurs when a full moon happens when it is at the closest point in its elliptical orbit around Earth, making the full moon appear up to 14% larger and brighter than usual.
/

156 YEARS AGO, A GEOMAGNETIC MEGA-STORM
On Sept. 2nd, a billion-ton coronal mass ejection (CME) slammed into Earth's magnetic field. Campers in the Rocky Mountains woke up in the middle of the night, thinking that the glow they saw was sunrise. No, it was the Northern Lights. People in Cuba read their morning paper by the red illumination of aurora borealis. Earth was peppered by particles so energetic, they altered the chemistry of polar ice.
/
Russia Begins Unprecedentedly Large Mass Destruction Defense Drills Sputnik News - The number of Radiation, Chemical, and Biological Defense troops taking part in the exercises is unprecedentedly high. Russia's Strategic Missile Forces have started drills to identify and assess the consequences of using weapons of mass destruction, a spokesman for the forces said Wednesday. "Over 1,200 servicemen and around 200 pieces of special equipment from the Radiation, Chemical, and Biological Defense troops are used, which greatly exceeds the number of personnel and means used during drills in previous years," Col. Igor Yegorov told reporters. He added that different scenarios, including terrorist attacks on sites that could potentially represent radiological, chemical or biological hazards, would be tested during the drills.
/

Huge manhunt for three armed and dangerous suspects who shot cop dead in Chicago suburb: Town on lockdown as SWAT teams go house to house Daily Mail - A massive manhunt is underway north of Chicago after a 32-year veteran police officer was shot dead while on a routine patrol. Three armed and dangerous suspects, two white and one black, are at large after Lieutenant Charles Joseph Gliniewicz was gunned down in Fox Lake near the Illinois-Wisconsin border, at around 8am. The cop, a father of four nicknamed GI Joe, was found in a marshy area stripped of his gun and other equipment by the trio who then fled the scene. A manhunt is underway in a Chicago suburb after a police officer was reportedly shot dead while on a routine patrol. Heavily armed officers prepare to head out and search for the suspects. Three armed suspects, two white and one black, are at large following the shooting in the Fox Lake area. Hundreds of members of law enforcement have been sent to the area to join the search.
/
Video Shows Texas Cops Shoot Man With Hands Up
Adan Salazar - Cell phone video obtained by a local news station appears to show the moment two Texas deputies gunned down a man who held his hands up, contradicting police’s version of events. On Friday, deputies responding to a domestic violence call encountered 41-year-old Gilbert Flores on the front yard of a home in San Antonio.`Flores was suspected of assaulting a woman and infant inside the residence. Police said Flores appeared to have a knife when they arrived, and attempted to “resist and fight back,” according to Bexar County Sheriff’s Office PIO James Keith. Deputies Greg Vasquez and Robert Sanchez claimed they attempted to use non-lethal force to stop Flores, including tasers and riot shields, according to Think Progress, but their efforts proved fruitless, they said, and they had to open fire on the man, killing him. However, cell phone video filmed by a neighbor and obtained by ABC affiliate KSAT News shows a shirtless Flores putting his hands up multiple times and little if any effort by law enforcement to employ non-lethal force.

Univ. of Colorado sexual misconduct policy: Students who don’t consent are ‘not required to resist’

Michael McGrady - CU Colorado Springs
/
How This NY Mom Made The Case For Her Son’s Religious Vaccine Exemption Natural Blaze - An unidentified, Russian immigrant mother who practices the Russian Orthodox faith, has secured a religious vaccine exemption for her autistic son. New York has a bill on the table to eliminate religious exemption and to root out those who weren't refusing vaccines on strictly devout, religious grounds.... The woman filed for an MMR exemption for her son during the summer and fall of 2013, but the Department of Education rejected it saying they didn't believe in her sincerity. They made a strange claim that the Russian Orthodox Church hadn't been very vocal in a stance against vaccination. She filed an appeal and argued her reasons. New York Post has found: Education Commissioner Mary Ellen Elia sided with the parent and granted the student exemption in an Aug. 3 ruling. “Her opposition to the MMR vaccine stems from sincerely held religious beliefs. …Furthermore, petitioner produced information relative to specific ingredients … which appears to provide the linkage between vaccines and aborted fetal tissue,” Elia said.... The mother had to audition her beliefs and had said that “abortion is clearly considered a mortal sin and is [an] abhorrent act to any Christian.”
/

Mattie Walls with Baby Makenzie at visitation. Source: Walls family
- See more at: http://healthimpactnews.com/2015/another-baby-medically-kidnapped-in-south-carolina-over-broken-bones-parents-thrown-in-jail/#sthash.6tajsy5G.dpuf
Another Baby Medically Kidnapped in South Carolina over Broken Bones – Parents Thrown in Jail Health Impact News - Jason and Mattie Walls from South Carolina took their frail, premature daughter to the emergency room after she became limp and was not breathing properly. What followed next was a chain of events resulting in every parents' worst nightmare: The seizure of their daughter and removal from their custody, and charges made against them for child abuse which resulted in spending time in jail - all because they took their baby to the hospital looking for help.
Posted by I at Tuesday, September 01, 2015