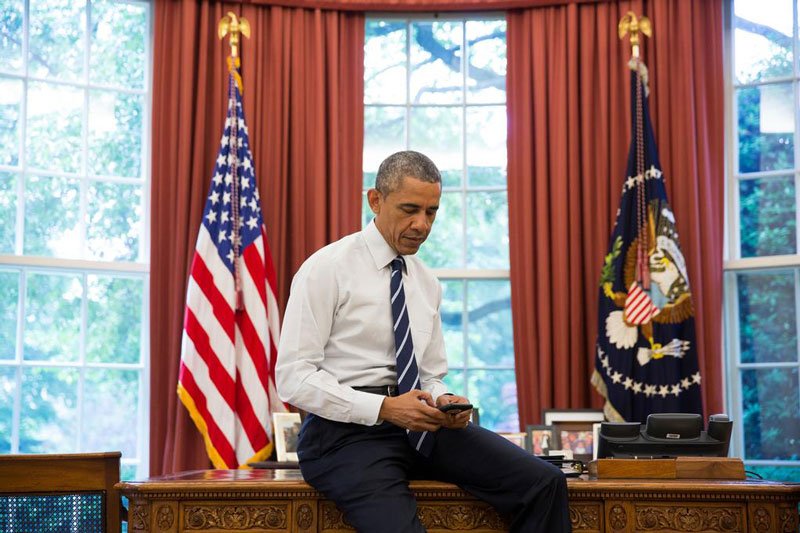 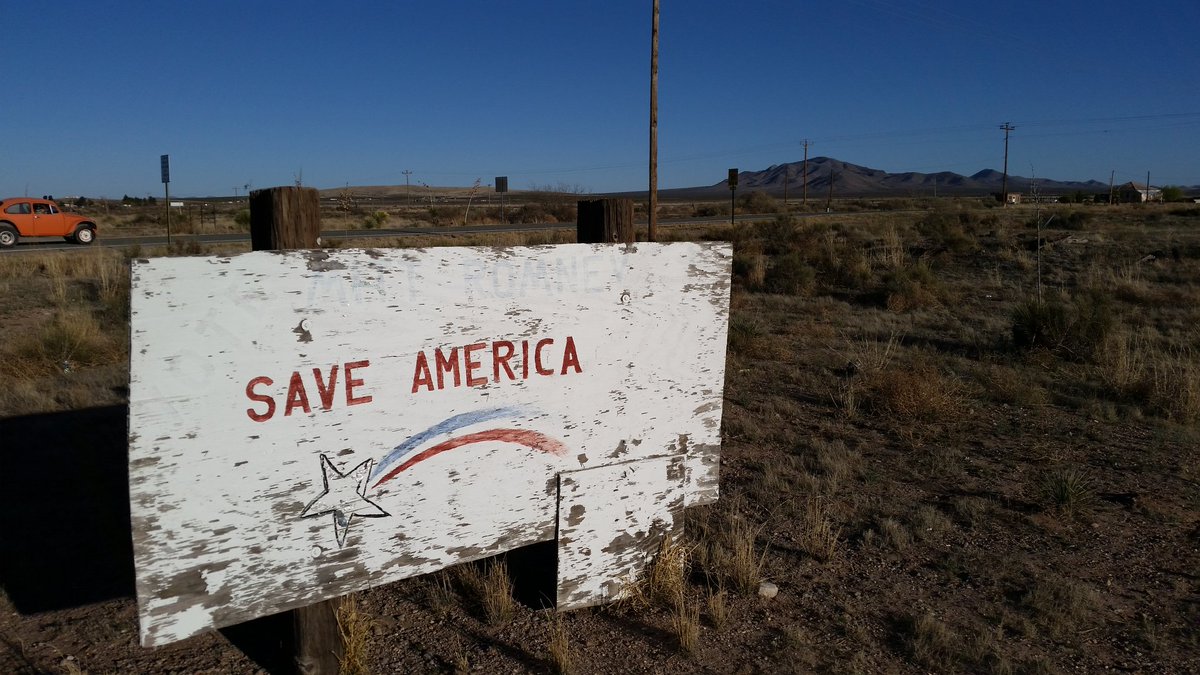 BORDER RANCHERS CRY FOR HELP...
/
Calls for Mass Exorcism as Mexico Swept by Wave of Satanic Killings...
/
Climate Change Deniers Now Targeted
mccrant@gmail.com
I'm scared now, shaking in my boots and looking over my shoulder for the PC enforcers. You need to understand I do not believe in global warming and am now a target of the Justice Department's newest assault on anything that denies climate change is solely derived from fossil fuel use.

While I readily admit the planet is warming and also admit man is aiding the heating process, I do not adhere to the fossil fuel theory at all. And, in a court of law if prosecuted, I will trot out my two standard questions to the inept government agency known as the National Oceanic and Atmospheric Administration.

I can call them inept because I never received an answer to either question about two completed studies. One dealt with the acidic level in the oceans which were found to be higher than they've been in 800,000 years and the other was on the carbon dioxide content of the air which was higher than it has been in 2 million years. Since the NOAA's conclusion in both cases was it was mankind's fault, my simple query was: where or what was the human activity that caused levels to be higher all those years ago?

Until that question is answered, we are still within normal planetary cycles and therefore the problem cannot rest entirely with mankind or his use of fossil fuels--which is what the PC crowd would have us believe.

An article by Larry Bell back in late January started off with an interesting statement. "Prevalent media reports the 'climate debate' has been settled. never seem to explain exactly what debate arguments they are referring to. In any case, woe be unto those 'deniers' of climate change they continue to warn us about."

Professor Bell works for the University of Houston and has written two books on the climate change subject. He and I agree on this topic.

Psst, White House, I'll let you in on a secret, climate change has been around as long as Earth has existed. How else do you explain the tropical climate, globally, that the dinosaurs enjoyed or the Ice Age that intervened between their demise and the rise of the mammal known as man? And all that took place long before man started using fossil fuels.

But that doesn't fit with the Administration's desires so you, you worthless non-believer, must be made to toe the company line. That is bad enough for us normal citizens but government agencies must also toe the line.

Our military must now incorporate climate change studies before undertaking any operation. Everything from the testing of missiles to war planning down to basic training must be done against a backdrop of concern for the climate first and foremost. While you may have thought the military was there to defeat enemies of the United States, the foremost function now is to protect the environment before the citizenry thanks to Barack Insane Obama.

In a time of crushing debt, instead of trimming expenses our military is being asked to expand the scope on non-essential operations by "incorporating climate change boards, councils and working groups" to bring the issue of climate change into its various "programs, plans and policies." Utterly ridiculous micromanagement that will only hamstring our military forces' effectiveness further than they have already been eroded.

How do you explain to one of Obama's "radicalized Islamic terrorists" that he can't be denied doing what he is doing until we have an official plan on how to stop him and his ilk that won't injure the climate?

Is it a case of, "Sorry son, you just keep on killing people until we can work out an official plan of attack that prevents us from harming the environment while we eradicate scum like you!"? Or is it going to be another apology tour where we admit, "Sorry Exalted King Jones, we can't stop this unrelenting assault on your cities until we figure out how we can take down the oppressor without doing damage to the climate. Your people will just have to suffer a few hundred beheadings, rapes and disfigurements while we work this little problem out. Maybe you could move your people off the planet so we can protect them in a way that will not hurt the environment any longer since we place a higher value on the climate than the sanctity of human life."?

Man is going to travel, whether it is by camel or rocket. The climate change group is against horses and oxen because of the stuff they leave behind as much as they are against cars, planes and trains that use fossil fuels.

Under the directives agreed to in the Paris Climate Accord last year, it is legal to sue people who "deny the existence of climate change."

Whew! What a relief. I readily admitted there is climate change already so that leaves me off the government's suspect list...for now. Who knows what adjustments they'll make in the future where almost any modern activity will no longer be condoned, unless those on the inside can make a buck from it of course. Since breathing puts carbon dioxide into the air, they'll soon find a way to tax that. Why else do you think they established the Carbon Trade Center in Chicago?

"I have sworn on the altar of God eternal hostility to every form of tyranny over the mind of man."--Thomas Jefferson
/
US Attorney General: 'We May Prosecute Climate Change Deniers'
/
Pentagon Shocked: Russia Developing Planes 'Faster Than Anticipated'
/
The Danger of Media Blackout: The Russian message has repeatedly been, 'Stop, before it’s too late' yet Washington has reacted by stepping up its threat of hegemony. If the major powers do not call “time out”, world war could easily be on the horizon
/


Hungarian Minister of Interior Sándor Pintér announced in Budapest on Wednesday that Hungary is officially in a “state of emergency” because of the migrant crisis and has called up thousands of troops to the border with Romania.

Fukushima Five Years Later: "The Fuel Rods Melted Through Containment And Nobody Knows Where They Are Now"

The logic of lowering rates below zero is so boneheaded that only a PhD could believe it. It’s all relative, you see. It’s like standing on a train platform. The train next to you backs up…and you feel you’re moving ahead. Negative interest rates are like backing up. They give borrowers the illusion of forward motion... even if the economy is standing still.
/

Why Companies Don't Want You To Look At GAAP Earnings

The United States has been hit by seven historic floods since the month of September, and the latest one is making headlines all over the planet.  This week, nearly two feet of rain triggered record-setting flooding in parts of Texas, Louisiana and Mississippi, and more rain is expected for the area as we move into the weekend.  Flooding along one part of the Sabine River has already broken the previous record by more than five feet, and this crisis is far from over.  Of course this just continues a trend that I have been documenting for months now.  Never before in U.S. history have we ever seen so many historic floods in such a compressed time frame. (Read More...)
/

For the first time ever, total credit card debt in the United States is approaching a trillion dollars.  Instead of learning painful lessons from the last recession, Americans continue to make the same horrendous financial mistakes over and over again.  In fact, U.S. consumers accumulated more new credit card debt during the 4th quarter of 2015 than they did during the years of 2009, 2010 and 2011 combined.  That is absolutely insanity, because other than payday loans, credit card debt is just about the worst kind of debt that consumers could possibly go into.  Extremely high rates of interest, combined with severe penalties and fees, can choke the financial life out of almost any family in no time at all. (Read More....)
/

By Paul Martin
RT.com 12 Mar, 2016 Hundreds of tractors disrupted traffic in the Finnish capital on Friday, when thousands of farmers arrived in Helsinki to protest the catastrophic situation in the... »
/

World Bank, IMF Make Move To Gold-Backed Currencies The Board of Governors of the World Bank and IMF has announced that fractional reserve fiat currencies will be replaced with gold from a trust created at the end of World War II. Jose Rizal, Superior General of the Society of Jesus, and his lawyer, Ferdinand Marcos, established this trust for the benefit of humanity.
/
image: http://i0.wp.com/www.trunews.com/wp-content/uploads/2014/06/credit-cards-stolen.jpg?fit=1360%2C872

One Trillion Dollars: United States Credit Card Debt For the first time ever, total credit card debt in the United States is approaching a trillion dollars.  Instead of learning painful lessons from the last recession, Americans continue to make the same horrendous financial mistakes over and over again.  In fact, U.S. consumers accumulated more new credit card debt during the 4th quarter of

Sarah Palin: “Donald J. Trump is That Revolutionary!” (TRUNEWS) Former Alaska Governor Sarah Palin spoke at a Trump campaign event Monday in Tampa, Florida, labeling the populist Presidential candidate ‘a revolutionary’. “And what we don’t have time for is all that petty punk*** little thuggery stuff that’s been going on with those, quote, unquote, protesters who are doing nothing but wasting your time


Deutsche Bank Derivative Implosion have been confirmed by the pending sale of $1.1 TRILLION in derivatives to 3 US big banks

On Sunday, North Korea warned the United States that it could wipe out Manhattan with a single hydrogen bomb, and earlier this month North Korea threatened to make a “preemptive and offensive nuclear strike” on the United States in response to aggressive military exercises currently being jointly conducted by South Korea and the U.S. military.  So does nuclear war with North Korea actually pose a significant security risk to this country?  Well, according to the Washington Post the entire west coast of the United States is within reach of North Korea’s intercontinental ballistic missiles.  The only question is whether or not North Korea’s ultra-paranoid leader Kim Jong Un would ever actually press the button. (Read More...)
Posted by I at Tuesday, March 15, 2016