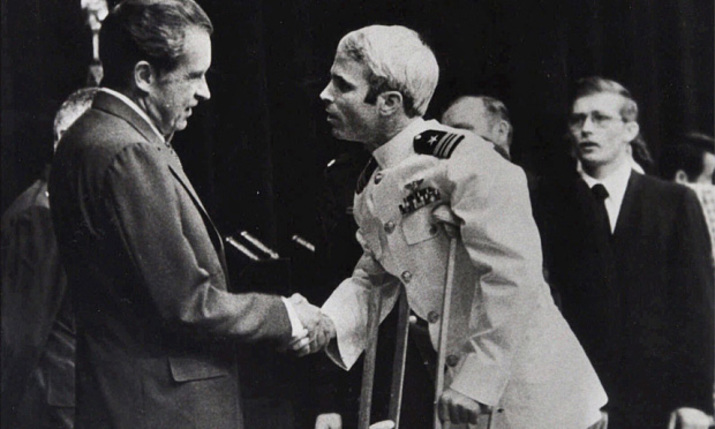 Is the city of Chicago about to see a wave of unprecedented chaos and violence? The facts that I am about to share with you may seem fantastical at first glance, but they come from the Chicago police and they are being reported by the mainstream media. According to authorities, at a recent gathering of major gangs in the city it was agreed that they would use automatic weapons against the police, and at least one of the gangs already has “a sniper in place” but officials do not know where that sniper is located. As I have warned before, a spirit of violence and civil unrest is rising in America, and the number of police officers that were shot and killed during the first half of 2016 was 78 percent higher than during the first half of 2015. Anyone that does not understand that we have a major problem on our hands has simply not been paying attention. (Read More...)
/

Are we about to witness one of the largest stock market crashes in U.S. history?  Swiss investor Marc Faber is the publisher of the “Gloom, Boom & Doom Report”, and he has been a regular guest on CNBC for years.  And even though U.S. stocks have been setting new record high after new record high in recent weeks, he is warning that a massive stock market crash is in our very near future.  According to Faber, we could “easily” see the S&P 500 plunge all the way down to 1,100.  As I sit here writing this article, the S&P 500 is sitting at 2,181.74, so that would be a drop of cataclysmic proportions.  The following is an excerpt from a CNBC article that discussed the remarks that Faber made on their network on Monday… (Read More....)
/

An Unsolvable Math Problem: Public Pensions Are Underfunded By As Much As $8 Trillion

Did Trump Just Call For A “2nd Amendment” Revolt Against Hillary

Venezuelans Are Eating the Zoo Animals-Cannibalism Is Next

The Wealthy Prepare For The Financial Crisis By Constructing Panic Rooms