Excerpted from The Wrap via Drudge Report:
[Trump’s] onto something, because secretly everybody’s getting tired of political correctness, kissing up.
We’re really in a pussy generation. Everybody’s walking on eggshells. We see people accusing people of being racist and all kinds of stuff. When I grew up, those things weren’t called racist.
…
I’d have to go for Trump … you know… because she’s declared that she’s gonna follow in Obama’s footsteps.
There’s been just too much funny business on both sides of the aisle. She’s made a lot of dough out of being a politician. I gave up dough to be a politician.

On Trump’s “racist” comments to a Judge of Mexican descent presiding over a Trump University legal challenge:


Yeah, it’s a dumb thing to say. I mean, to predicate your opinion on the fact that the guy was born to Mexican parents or something. He’s said a lot of dumb things. So have all of them. Both sides.
But everybody — the press and everybody’s going, ‘Oh, well, that’s racist,’ and they’re making a big hoodoo out of it. Just fucking get over it. It’s a sad time in history.


“You see… in this world there’s two kinds of people my friend… those with loaded guns … and those who dig.”

Clint Eastwood Unleashed: “We’re Really A P Generation…  Get Over It… Sad Time In History”


/
MASSIVE LINES to See DONALD TRUMP in Daytona, Florida (Video)
The Gateway Pundit - Right Side Broadcasting has video from the Donald J. Trump for President town hall event in Daytona Beach, FL at the Ocean Center.
/

Company Has Built a Profile on Every American Adult...
/

DEUTSCHE BANK COLLAPSE - WHAT YOU NEED TO KNOW - HARRY DENT

IT BEGINS: OBAMA ORDERS FIRST BOMBS TO FALL ON LIBYA

Will Barack Obama Try To Stay In Office If Donald Trump Wins The Election?

If Donald Trump wins in November, will Barack Obama leave office and hand over power in an orderly fashion? Normally we would not even have to ask such a question, but these are not normal times. This week, Obama publicly stated that Trump “is unfit to serve as President” and that he is “woefully unprepared to do this job“. In addition, he told the press that Trump “doesn’t have the judgment, the temperament, the understanding to occupy the most powerful position in the world.” If Obama really believes those things are true, would he really just stand aside and hand the keys to the White House to Trump? (Read More...)
/

Not all jobs are created equal.  There is a world of difference between a $100,000 a year energy industry job and a $10 an hour job running a cash register at Wal-Mart.  You can comfortably support a middle class family on $100,000 a year, but there is no way in the world that you can run a middle class household on a part-time job that pays just $10 an hour.  The quality of our jobs matters, and if current long-term trends continue unabated, eventually we are not going to have much of a middle class left.  At this point the middle class has already become a minority in America, and according to the Social Security Administration 51 percent of all American workers make less than $30,000 a year right now.  We have a desperate need for more higher paying jobs, and that is why what is happening in the energy industry is so deeply alarming. (Read More....)
/
WARNING ISSUED FOR PRISON GUARDS, OFFICERS ABOUT POSSIBLE ATTACKS FROM 'BLACK GUERILLA FAMILY'
/

This is a nationwide shutdown': Black Lives Matter protesters branded an 'utter disgrace' as they block Heathrow and Birmingham airports causing chaos for thousands and stop an ambulance on its way to hospital
/

BANKING CRISIS IN ITALY: THE NEXT DOMINO TO FALL IS FRANCE…(As Bill Holter Said,”It’s Over”…)

Venezuela In chaos With Work Camps and 1000% Inflation – Coming Soon To The West?

Brits Are Hoarding Cash Post-Brexit At Fastest Rate Since 2009

The Only Wildlife Management Happening is Mismanagement 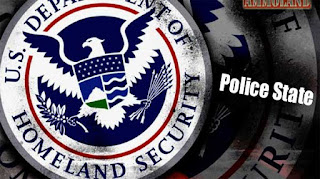 DHS, has turned America into a Police State and now they want to take control of our elections!

According to a NY Times article, the Obama administration wants DHS to run our electronic ballot casting system. DHS wants to classify our election process as “critical infrastructure."

Do you really believe, we can trust DHS with our voting system? DHS/TSA have been accused of corruption, since there inception. Click here, here, here & here to see recent examples of DHS corruption.

If you thought George Bush winning Florida's votes was a disaster, just wait until DHS takes over voting.

DHS decides what should be designated as "critical infrastructure"

“We should carefully consider whether our election system, our election process is critical infrastructure, like the financial sector, like the power grid,” DHS Secretary Jeh Johnson told reporters. “There’s a vital national interest in our electoral process.”

According to USA Today article, DHS's secretary plays a central role in deciding what public and private sectors should receive the “critical infrastructure"designation.

Critical infrastructure is defined by DHS as "sectors whose assets, systems, and networks, whether physical or virtual, are considered so vital to the United States that their incapacitation or destruction would have a debilitating effect on security, national economic security, national public health or safety."


An example of "critical infrastructure"as defined by DHS 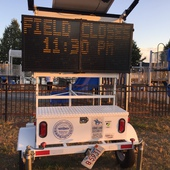 Above is picture of a DHS sign, warning residents about a public park closure (McConnell Park) in Boston. this is the reality of living under DHS control. DHS's logo is the blue DHS man riding a horse! DHS is shameless, the legend of Paul Revere has been replaced by DHS.

The President is on DHS's Board of Directors 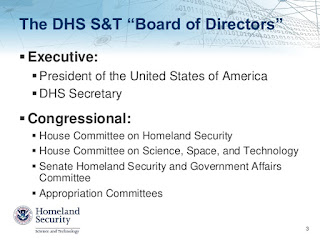 Having the President on DHS's Board of Directors is a good thing right? What could go wrong?

Lots of things will go wrong...

Think about what happened last week, Obama and his wife tried to sway American voters to vote for Hillary Clinton. Ask yourselves, what would happen, if a sitting President had access to our voting process.The President and DHS, could decide the outcome of any election. Democracy would become the laughing stock of the world!

DHS's Advisory Council Members includes cops, firefighters, military leaders, Booze/Allen/Hamilton an NFL representative and many more questionable members who would be given the power to decide elections.

Are these the people you want controlling our electoral process?

If voting mattered they wouldn't let us do it

As Attorney John Whitehead, so aptly stated "If Voting Made Any Difference, They Wouldn’t Let Us Do It."

Whitehead warns, "vote or don’t vote, the police state will continue to trample us underfoot. The nation is firmly under the control of a monied oligarchy guarded by a standing army (a.k.a., militarized police. It is an invisible dictatorship, of sorts, one that is unaffected by the vagaries of party politics and which cannot be overthrown by way of the ballot box."

Feds admit there are no credible threats to our electoral process

"NASS is not aware of the existence or the presence of any credible threats reported by any national security agencies," said Kay Stimson, the group's communications director. (NASS stands for the National Association of Secretaries of State)

If there are no threats to our electoral process, why would we let DHS control it? The answer is simple, corporate America and DHS are running America.
/
Obama will bypass Congress, seek U.N. resolution on nuclear testing
Washington Post - President Obama has decided to seek a new United Nations Security Council resolution that would call for an end to nuclear testing, a move that leading lawmakers are calling an end run around Congress. Top administration officials, including Energy Secretary Ernest Moniz, briefed lawmakers and congressional staffers this week about President Obama’s decision to push for the U.N. action this September, to coincide with the 20th anniversary of the Comprehensive Test Ban Treaty, which was adopted in September 1996 but was never ratified by the Senate…. The administration did not consult Congress before making the decision, and leading Republicans, including those who opposed Obama’s nuclear deal with Iran, are irate that the White House plans another major national security move without their advice or consent. “This is a plan to cede the Senate’s constitutional role to the U.N. It’s dangerous and it’s offensive. Not only is this an affront to Congress, it’s an affront to the American people,” Senate Foreign Relations Committee Chairman Bob Corker (R-Tenn.) told me. “It directly contradicts the processes that are in place to make sure that Congress appropriately weighs in on international agreements.”
/
Deceased FBI Agent Found At Trump Tower With Silenced Pistol
Brian Michael - A source within the NYPD has reported that an armed 62 year old man tried to sneak in to the Trump Tower late Tuesday night. Interestingly the suspect who was found with a semi-automatic handgun fitted with a silencer has been identified as Barry Lee Bush, a former Newark NJ FBI agent who has been dead since 2007. A Secret Service agent discovered Bush after he had circumvented a security partition on the bottom floor of the Trump Tower. Questioned by Secret Service at the scene, Bush who initially identified himself as Barry Franklyn, remained silent offering no explanation for why he broke security at the Trump Tower. According to the NYPD source, Bush was arrested for trespassing and for illegally carrying a pistol fitted with an illegal silencer. During his booking at the NYPD Jail, Bush’s fingerprints were submitted to the National Crime Information Center, which immediately reported Bush’s true identity.

/
Dem Launches Petition to Force Donald Trump Psychiatric Exam
Breitbart - Rep. Karen Bass (D-CA) has launched an online petition to force the Republican Party to submit presidential nominee Donald Trump to a psychiatric evaluation. The petition at Change.org reads, in part: Donald Trump is dangerous for our country. His impulsiveness and lack of control over his own emotions are of concern. It is our patriotic duty to raise the question of his mental stability to be the commander in chief and leader of the free world. Mr. Trump appears to exhibit all the symptoms of the mental disorder Narcissistic Personality Disorder (NPD). Mental health professionals need to come forward and urge the Republican party to insist that their nominee has an evaluation to determine his mental fitness for the job. It is entirely possible that some individuals with NPD can successfully function in many careers, but not the Presidency of the United States. We deserve to have the greatest understanding of Mr. Trump’s mental health status before we head to the polls on November 8th, 2016.
/

Factory Orders And Trucking Have Imploded, Recovery, I Think Not

Get Prepared The Economic Indicators Are Declining Rapidly