ALERT: Franklin Graham Warns About Terrifying Tactic Now Being Used to Persecute Christians
---http://beforeitsnews.com/prophecy/2015/10/franklin-graham-has-just-issued-a-terrifying-urgent-warning-to-christians-take-heed-while-there-is-still-time-video-2474150.html - Franklin Graham has just issued a terrifying warning to Christians! Why is it so terrifying? Because this IS happening in other parts of the world and it is just starting to happen here in the United States of America!


Radical Islamist groups like ISIS (which many believe involves the USA government) have every intention of taking over, not just the world, but the United States of America as well. Sadly, many people are deceived into believing that nothing will happen here and that we are safe. This is far from the truth. We are not safe and thousands upon thousands of sleeper cells are here right now waiting for the final call to wake up!  And, if you do not know what a sleeper cell is, here is what the dictionary defines it as:

The National Abortion Federation has been fighting the release of the video, saying the tapes have spurred threats and endangered people depicted in the footage. | Associated Press

'Children look delicious. May I have a taste?'
/

MICHAEL SAVAGE: 'WE'VE LOST THE BATTLE' World 'changing in ways you could never have imagined'


-
A major battle in a war over the future of Western civilization has been lost as millions of migrants from the Middle East who largely oppose Judeo-Christian values and have no intention of assimilating flood the United States, Britain, France, Germany and other nations, talk-radio host Michael Savage told his listeners Tuesday.
Savage said he received an email from someone he described as "far smarter than I am" and "farseeing."
"He said to me, 'It's over.'"
Paraphrasing the email, Savage said that what German Chancellor Angela Merkel is "doing to Germany, what the weakling is doing to England, what the socialist is doing to France, what Obama the psychopath is doing to America, will render this country non-existent in less than 50 years."
"And I said to him, 'Maybe you're right, maybe you're wrong,'" Savage recalled to his audience.
"But the fact of the matter is, the world is changing in ways you could never have imagined."
Savage later affirmed to a caller that he hasn't given up, noting he presents in his upcoming book, "Government Zero: No Borders, No Language, No Culture," "40 actions to save America," including in the private sector and at the state and local government level.
"We haven't lost the war. The war has just begun," Savage said. "Because 30 million to 40 million Americans are finally awakened to what the psychopath has done to this country, and they want to stop him from doing more. They want to stop him before it's too late."

Bankruptcy Looms: U.S. Treasury Postpones Debt Auction After Reaching Borrowing Limit A grinding political battle in Congress over America’s national debt led the U.S. Treasury on Thursday to postpone a regular auction of government debt, a reminder that the country once again is just weeks away from a potential default. The Obama administration warned last week the federal government would have to stop borrowing money no

Caterpillar Cuts 2015 Profit Outlook & Sees 2016 Sales Drop Caterpillar Inc (CAT.N) posted lower quarterly profits and cut its outlook, weakened by slower Chinese economic growth and Brazil’s recession, but shares rallied on relief that the report was largely consistent with last month’s warning and restructuring announcement. “The results were in line with the pre-announcement and not worse,” said Longbow Research analyst Eli Lustgarten,
/
U.N. Criticizes Czech Republic For Daring to Enforce National Boundaries U.N. human rights chief Zeid Ra’ad al-Hussein accused the Czech Republic on Thursday of committing systematic human rights violations by detaining refugees for up to 90 days, strip-searching them for money to pay for their own detention. Human rights violations appeared to be “an integral part” of a Czech government policy designed to deter migrants

/
Superyacht Getaway Subs And Luxury Bomb Shelters: The Elite Are The Most Paranoid Preppers Of All 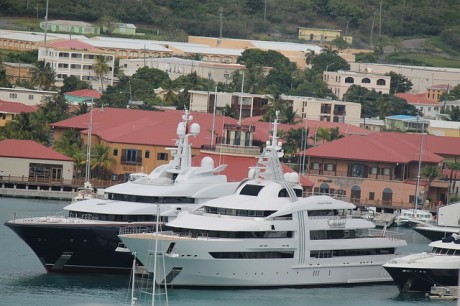 When it comes to “prepping”, many among the elite take things to an entirely different level.  As you will see below, the elite are willing to pay big money for cutting edge home security measures, luxury bomb shelters and superyacht getaway submarines. Some of the things that the elite are demanding for their own protection go beyond even what we would see in a James Bond film, and serving the prepping needs of the elite has become a multi-billion dollar business.  Meanwhile, the media outlets that the elite own continue to mock the rest of us for getting prepared.  All the time we see headlines like this one that appeared in a major American news source: “Preppers: Meet the paranoid Americans awaiting the apocalypse“.  Well, if we are paranoid for setting aside some extra food and supplies for the future, what does that make the people that you will read about in this article? (Read More....)
/

The State of Idaho is seeking a person with healthcare system experience to head up their Ebola division, following reports that a nurse suffered a relapse of the deadly virus in London.
A job post appearing on the state’s site 7 days ago, according to Google, details the “Ebola Coordinator” job opening, a position whose candidate would be responsible for organizing with federal authorities. 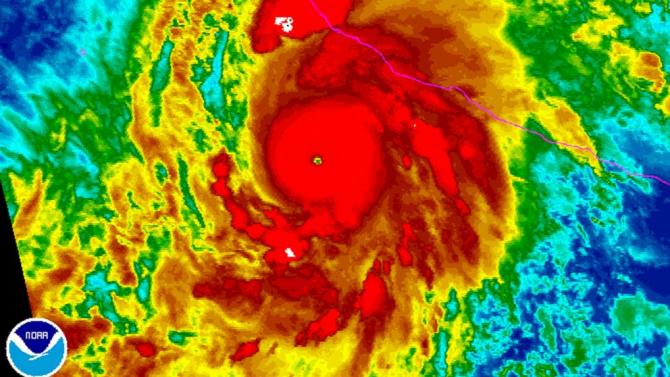 Russian President Vladimir Putin
Russia and NATO ready for confrontation
---Putin accuses West of 'double game' with Syria terrorist groups Russian President accuses West of declaring a fight against some Syrian groups while supporting others.
/
Breaking: China Cuts Interest Rate By 25 bps, Cuts RRR by 50 bps; Futures Soar; Fed December Rate Hike Back In Play
/
Absolute Madness:It is as if the leadership of the ‘developed’ world chose to engage in some kind of communal hallucination as they drag our world over the nearest cliff.
/
BREAKING: Hacker obtains, leaks 11 undercover Planned Parenthood videos blocked by court

/
NEW DOCS: BENGHAZI COVER UP BEGAN WHILE AMERICANS WERE BEING KILLED :'Hillary Clinton is benefiting from an in-house propagenda machine coupled with a news media that would greatly impress Reich Minister Joseph Goebbels'
/
Putin Vs. Obama: Shall We Compare The Two Leaders Or Will That Be Too Embarrassing For America?

Have you noticed that the United States and Russia are heading in two very different directions?  United behind a very strong leader with an 89.9 percent approval rating, Russia is stunning the world with the efficiency with which it is striking ISIS in Syria.  Of course Vladimir Putin is far from perfect, and there are real questions about what Russia’s true motives in Syria and elsewhere are, but this is a leader and a country that have shown that they can get things done.  In the U.S., on the other hand, we are being led by a weak, ineffective con man in the White House that has just a 45.3 percent approval rating.  Under Obama, the federal government seems to be inept at just about everything, and this is especially true when it comes to foreign policy. (Read More...)
/
Arizona High School Bans Patriotic Gear From Football Game
/
America Waiting to Explode: “If Supply Lines Go Down… Millions of FDA-Approved Drug Addicts Go Psycho
/
Putin Nuke War Warning, Clinton Benghazi Terror Lie, MSM False Narrative