By Gary P Jackson
Speaking at the United Nations, Cristina Fernandez de Kirchener … the President of Argentina … dropped a bombshell that, if true, would make President Barack Obama guilty of High Treason against the United States, and mankind as a whole.
According to President de Kirchener, in 2010 Gary Samore … the White House Coordinator for Arms Control and Weapons of Mass Destruction, approached her, requesting her government send enriched uranium to Iran. Samore admits this, and says he also approached Russia and France asking the same of them! All three countries refused his request!

/
F-16 jets are scrambled to intercept Russian warplane in Turkish airspace... and Moscow is warned they will be held 'responsible for any undesired incident that may occur' if it happens again
/
Thousands of religious prisoners in China had their livers, kidneys and corneas ripped out while they were ALIVE to sell to 'transplant tourists', claims new film
/
PUTIN'S SPECIAL FORCES SENT TO FIGHT FOR ASSAD...
Russia Intensifies Syria Bombing...

Pope says Church can’t be ‘museum’, must be open to change Pope Francis told a Roman Catholic meeting on family issues on Monday that the Church should not be a stuffy “museum of memories” but have the courage to change if that was what God wanted. Francis urged bishops at the start of a three-week gathering, known as a synod, to humbly empty themselves of conventions 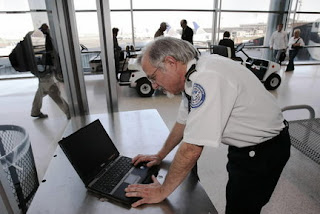 The mayor of Stockton,California was briefly detained and had two of his laptops and a cell phone confiscated by homeland security agents at the San Francisco International Airport earlier this week after returning from a trip to China.
/
Liberal Media Attacks Pro-Second Amendment Sheriff, All But Blames Him for College Shooting

Recorded From Car Parked Behind Officer... 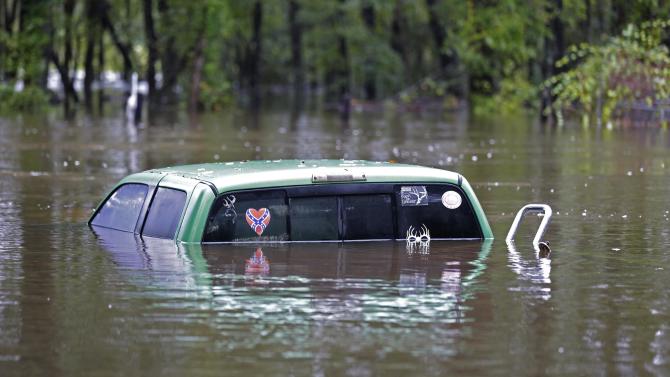 THE MONSOON OF SOUTH CAROLINA...

Ten Commandments Monument Taken Down Work crews removed a Ten Commandments monument from the grounds of the Oklahoma Capitol building Monday night, after a court order was issued to take the six-foot high structure down. The monument is set to be placed outside the Oklahoma Council of Public Affairs, a conservative organization, according to the Daily Oklahoman newspaper. The Oklahoma /
/
Christians in America Murdered for Their Faith; Media Yawns
/
Franklin Graham: Oregon School Shooting Shows Rising Christian Persecution in America
/ ISIS sliced off 12-year-old Syrian boy's fingertips in front of his father and other Christians in failed bid to convert them to Islam... then executed the group as the victims shouted 'Jesus'
/
FEARS SURGE OVER POTENTIAL VIOLENCE AT FARRAKHAN 'HATE RALLY' Ominously titled 'Justice or Else' on 20th anniversary of 'Million Man March'
/
The Trans-Pacific Partnership: Permanently Locking In The Obama Agenda For 40 Percent Of The Global Economy

We have just witnessed one of the most significant steps toward a one world economic system that we have ever seen.  Negotiations for the Trans-Pacific Partnership have been completed, and if approved it will create the largest trading bloc on the planet.  But this is not just a trade agreement.  In this treaty, Barack Obama has thrown in all sorts of things that he never would have been able to get through Congress otherwise.  And once this treaty is approved, it will be exceedingly difficult to ever make changes to it.  So essentially what is happening is that the Obama agenda is being permanently locked in for 40 percent of the global economy. (Read More...)
/
Stock Market Crash October 2015? 9 Of The 16 Largest Crashes In History Have Come This Month 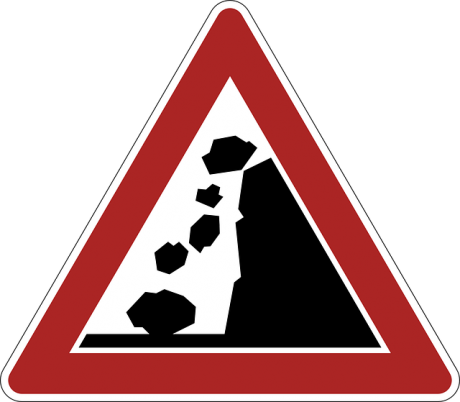 The worst stock market crashes in U.S. history have come during the month of October.  There is just something about this time of the year that seems to be conducive to financial panic.  For example, on October 28th, 1929 the biggest stock market crash in U.S. history up until that time helped usher in the Great Depression of the 1930s.  And the largest percentage crash in the history of the Dow Jones Industrial Average by a very wide margin happened on October 19th, 1987.  Overall, 9 of the 16 largest single day percentage crashes that we have ever seen happened during the month of October.  Of course that does not mean that something will happen this October, but after what we just witnessed in September we should all be on alert. (Read More....)
/
Hundreds of angry customers pull ‘smart’ meters (video) Take Back Your Power - We commend Dominicans for such unified, inspiring action, and we commend their military and police for doing the right thing and supporting the people. Video Translation: “Hundreds of meters were removed and put in front of the electricity company offices of the north (in the city of Peidro Blanca, Provinice of Monseñor Nouel).” “The reason was high rates combined with frequent electrical outages in the region. The outages became prolonged and the electricity bills arrived at nearly double that of the month before. United States Tracks Children to Push Gardasil Vaccine – Rest of the World Becoming Skeptical
Health Impact News - The United States continues to carelessly move forward with the HPV vaccine Gardasil. Meanwhile, due to its endless damage, the shot is the center of criminal lawsuits in Spain, India, France, Japan and many other countries. In the UK, the HPV vaccination push has 8,228 ofﬁcial reports of side-effects, almost more than all other vaccine reports combined. Dr. Dalbergue, a former pharmaceutical industry physician with Gardasil manufacturer Merck gave a 2014 interview stating that: “Gardasil is useless and costs a fortune” as well as predicting “Gardasil will become the greatest medical scandal of all times…” Ignoring data and worldwide protest, Departments of Health within the U.S. are now sending letters to parents advising them to submit their children to HPV vaccinations. With no prior announcement, parental consent given, or notice, the states of New York and Indiana have tracked HPV vaccine non-compliers and are now hassling them with physical letters.
/
Oregon Student Shot In Attack Opposes Gun Control, Family Wants Armed Guards In Schools
/

A number of prominent clerics in Saudi Arabia have called for Sunni Muslims and Arabs to “give all moral, material, political and military” support to the Islamic State in Syria.
Saudi Clerics Call for Jihad Against Russia in Syria
/

Go ahead and start the countdown to an "accident", false-flagged or otherwise.
This Is How Close US And Russian Jets Are To A Dog Fight Above Syria
/
World's Largest Sovereign Wealth Fund Is Forced To Begin Liquidating Assets
/
Posted by I at Tuesday, October 06, 2015