Feds provide flash cards for citizenship test -- in Spanish! - Growing number of tech workers allege discrimination against Americans... / CHINA DUMPING USA DEBT FASTEST PACE ON RECORD... / CO City Considers Allowing Women To Be Topless In Public... / ◾How and Why Banks Will Seize Deposits During the Next Crisis, Central Banks and the regulators have declared a War on Cash in an effort to stop people trying to get their money out of the system. / (( ◾TOYS ‘R’ US FORCES U.S. COLLEGE GRADS TO TRAIN THEIR H-1B FOREIGN REPLACEMENTS)) / ◾Deutsche Bank Warning——A Wave Of Corporate Defaults May Be Just Around The Corner / ◾How Student Loan Debt Is Turning Us into Serfs / After winning nuclear deal, Iran bans future US talks / IMF cuts global growth forecasts again, cites commodity and China worries / NY Gov. Cuomo Wants Dems to Shut Down Govt. Over 2nd Amendment / Matt Drudge Challenges Obama: Give Up Your Guns / Police Arrest Man For Going Over 3 Minutes Talk Time at Council Meeting /


/
FORT COLLINS, Colo. (CBS4)– The City of Fort Collins wants to know what you think about women going topless and whether it should be allowed in city limits. - CO City Considers Allowing Women To Be Topless In Public...
/ Second Saudi teenager set to be beheaded for 'protesting' following international furore over the 'crucifixion' of a 17-year-old
/
How and Why Banks Will Seize Deposits During the Next Crisis, Central Banks and the regulators have declared a War on Cash in an effort to stop people trying to get their money out of the system.
So if the bank then fails (meaning its shares fall)… so does your deposit.
Let’s run through this.
Let’s say ABC bank fails in the US. ABC bank is too big for the FDIC to make hold. So… AP Photo / Heather Ainsworth
by Adelle Nazarian6 Oct 20151,935
Toys “R” Us is the latest in a string of U.S. companies that has been caught forcing their American employees to train foreign college-grads to take the Americans’ jobs, via a process known as “knowledge transfer.”
TOYS ‘R’ US FORCES U.S. COLLEGE GRADS TO TRAIN THEIR H-1B FOREIGN REPLACEMENTS
/
Coca-Cola ‘Pays Scientists To Protect Sugary Drinks, Junk Food’ And pays health leaders to say soda is healthy
/ Deutsche Bank Warning——A Wave Of Corporate Defaults May Be Just Around The Corner -
The credit markets have been showing signs of contagion, as Chinese growth concerns and slumping commodity prices lead to widespread selling.
That has Deutsche Bank wondering if there is likely to be a wave of companies failing to pay interest on their bonds.
It said in a note Friday: "With the recent back-up in both IG [investment grade] and HY [high-yield] spreads to their respective 3.5-year wides, a discussion has emerged about whether the market is sensing the next default cycle around the corner or is simply “overreacting” to some exogenous but ultimately irrelevant events. At 570bp ex-energy spreads, the market is well ahead of what would normally be considered sufficient compensation for defaults that are still tracking sub-2% in this segment of our markets."
/
Gun Sales Soar After Surge In US Mass Shootings
/ 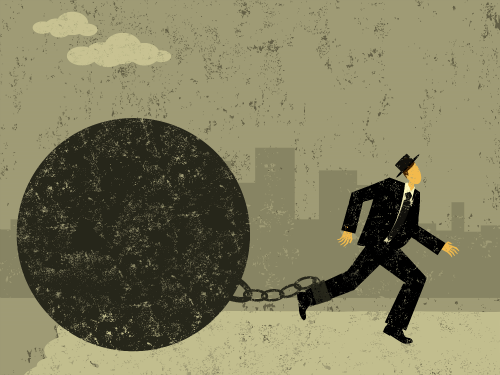 How Student Loan Debt Is Turning Us into Serfs
/

/
German Government Dismisses Sexual Assault Reports in Refugee Camps German officials are downplaying reports of sexual assault, rape and harassment in refugee camps. Fearing the political backlash, Germany’s Interior Minister Thomas de Maiziere is dismissing the accusations by the police union and women’s rights groups as rumors. “There is a lot of glossing over going on. But this doesn’t represent reality,” said Ranier

IMF cuts global growth forecasts again, cites commodity and China worries The International Monetary Fund cut its global growth forecasts for a second time this year on Tuesday, citing weak commodity prices and a slowdown in China and warned that policies aimed at increasing demand were needed. The Fund, whose annual meeting starts in Peru this week, forecast that the world economy would grow at 3.1
/
Electromagnetic Pulse: One Day We Will Wake Up In An America Without Electricity And Society Will Totally Break Down 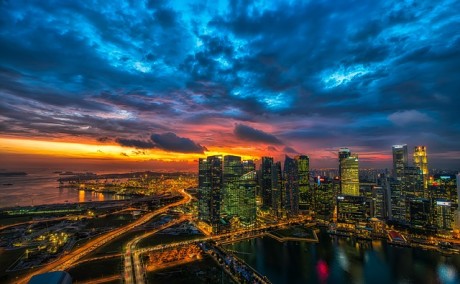 What would you do if the power grid went down and never came back up?  One of these days, and it could be a lot sooner than most people think, we will all wake up in a country without electricity.  And considering how utterly dependent we have become on technology, that is a very frightening scenario to consider.  How would Americans react if nothing worked?  Just imagine a world where everything electronic is dead.  I am talking about lights, cell phones, computers, televisions, ATMs, heating and cooling systems, credit card readers, gas pumps, cash registers, refrigerators, hospital equipment etc.  When the power goes out for a few hours, that can be a major inconvenience, but what if it went out all over the nation and it didn’t come back on for months or even years?  This is one of the greatest potential threats that the United States is facing, and yet very few people are even talking about it. (Read More....)
/
Chinese Yuan Overtakes Japanese Yen as Number 4 World Payment Currency Sputnik News - Chinese currency yuan has entered the top four of most-used world payment currencies for cross-border payments in August 2015, overtaking the Japanese Yen by value, a report by SWIFT, a network for financial information exchange, revealed. Overall, global yuan payments increased in value by 9.13 percent in August 2015, accounting for 2.79 percent of global payments in terms of value, while the growth for payments across all currencies decreased in value by 8.3 percent, according to the report published Tuesday. The top three countries using yuan in August 2015 were China, Hong Kong and Singapore.
/ Obama Paints Border Patrol with Rainbow Colors Breitbart - Border Patrol agents and others operating under the umbrella of Customs and Border Protection (CBP) must now consider not only the sex of the criminal they are detaining, but the “gender identity” of the individual and how they feel and identify. The terms “illegal alien” or even “illegal immigrant” do not appear at all in a new 31-page instruction document. The new rules were published by CBP and according to the agency, “includes language on gender identity, which was not previously included in the individual component policies.
/
U.S. to Release 6,000 Inmates Under New Sentencing Guidelines
NY Times - The Justice Department is preparing to release roughly 6,000 inmates from federal prison as part of an effort to ease overcrowding and roll back the harsh penalties given to nonviolent drug dealers in the 1980s and ’90s, according to federal law enforcement officials. The release is scheduled to occur from Oct. 30 to Nov. 2, and will be one of the largest one-time discharges of inmates from federal prisons in American history, said the officials, who spoke on the condition of anonymity because they did not want to be identified discussing matters that had not been publicly announced by the Justice Department. The Bureau of Prisons is arranging for many of the inmates to initially move into halfway houses, one official said.
/
Almost 70 patients tested for HIV and hepatitis after nurse is caught REUSING a syringe while giving flu shots at New Jersey clinic Daily Mail - Dozens of co-workers are being screened for HIV and hepatitis after a nurse was found reusing a syringe to administer flu shots. Employees at Otsuka Pharmaceutical, who received the vaccination at their offices in Princeton, New Jersey on September 30, have been warned they may have been exposed to 'infected blood.' Healthcare [sic] provider TotalWellness confirmed that the nurse contracted to carry out the flu shots had 'failed to follow proper medical procedures and safeguards. Officials have not yet revealed whether disciplinary action will be taken against the nurse. The New Jersey Department of Health sent out letters to the 67 pharmaceutical co-workers two days after the vaccinations to warn them that the syringe 'was reused multiple times', NBC 10 reported.
/
Supreme Court Says Mandatory Vaccinations Don’t Violate Children’s Constitutional Rights Natural Blaze - The U.S. Supreme Court has refused to hear a case challenging the state of New York’s public school vaccination requirement, which requires all children to be vaccinated prior to attendance at public school. The SCOTUS’s failure to hear the case effectively states that mandatory vaccination of all public school children, doesn’t violate their constitutional rights. A lower court had ruled that the school vaccination requirement, which three parents had legally challenged after their unvaccinated children were prohibited from attending school, did not violate the constitutional rights of the children. The appeals court also upheld a decision that children exempted from vaccinations due to religious reasons could be prohibited from school attendance in the event of a disease outbreak that is vaccine preventable.
/

Democrat Gov. Andrew Cuomo is calling for a government shut down in response to the shooting in Roseburg, Oregon.
NY Gov. Cuomo Wants Dems to Shut Down Govt. Over 2nd Amendment
/
Matt Drudge Challenges Obama: Give Up Your Guns