/Half a million Minnesotans don't speak English at home... The $1billion flood: Devastating scenes in South Carolina as rain which killed 19 people finally relents revealing damage to homes, road and stores
/
Newly Unsealed Documents Reveal EPA & Monsanto Always Knew Roundup Was Deadly Toxic
/
Obama: Customers will accept paying more for higher minimum wage
/
Russian gangs trying to sell radioactive material to Isil terrorists in Moldova The Telegraph - Moldovan police working with the FBI have disrupted a string of attempts by gangs in the former Soviet Republic to sell radioactive materials to Islamic extremists, including a putative deal to supply Islamic State of Iraq and the Levant (Isil) terrorists with enough caesium to contaminate several city blocks. No less than four such attempts by groups with suspected Russian connections have been interrupted in the past few years, the sellers repeatedly seeking out buyers who would use the radioactive products to target the United States. The alarming findings, made in an Associated Press (AP) investigation based on documents provided by Moldovan police, raises fresh concerns about unaccounted for materials taken from vast stockpiles of radioactive substances when the Soviet Union collapsed 24 years ago.
/
Charted, here is why Sullivan and his $100 billion number was spot on, and why Glencore's banks suddenly realize the company has more gross exposure than its has total assets!

BofA lays out the stunning, if only for equity analysts, details:


Over US$100bn in estimated gross exposures to Glencore

We estimate the financial system's exposure to Glencore at over US$100bn, and believe a significant majority is unsecured. The group's strong reputation meant that the buildup of these exposures went largely without comment. However, the recent widening in GLEN debt spreads indicates the exposure is now coming into investor focus.

GLEN debt breaks down as US$35bn in bonds, US$9bn in bank borrowings, US$8bn in available drawings and US$1bn in  secured borrowing. We then estimate that the group has US$50bn in committed lines against which it can draw letters of credit with which to finance its trading inventories. Based on public filings, we believe that the banks may have limited capacity to reduce even the undrawn portion of these lines until 2017. GLEN have publicly stated its financing is largely locked in - but we believe that this may not provide comfort to risk-averse bank shareholders and supervisors.

GLEN had an unencumbered asset base of over US$90bn in property, plant, equipment and inventories at the half year. However, for bank investors and regulators, after the crisis, gross nominal exposure is a key metric – including committed facilities. We believe many banks may now be more carefully reviewing their exposure to the commodities complex. Glencore’s banks span the globe, with 60 in a recent financing. Glencore has stated it has locked its financing in for an extended period, but a desire to hedge would be powerful at the banks, as likely that regulators will include commodity and energy exposures in the next stress tests as it is a stated area of focus. These stress tests typically take gross exposures and assume elevated loss-given-default - a potential 5x capital uplift. A system positioned one-way on a credit has historically tended to keep spreads high; implying rising debt costs which are likely to put pressure on credit quality: convexity is alive and well.

As A Shocking $100 Billion In Glencore Debt Emerges, The Next Lehman Has Arrived Zero Hedge - And now the real shocker: there is over US$100bn in gross financial exposure to Glencore. From BofA: "We estimate the financial system's exposure to Glencore at over US$100bn, and believe a significant majority is unsecured. The group's strong reputation meant that the buildup of these exposures went largely without comment. However, the recent widening in GLEN debt spreads indicates the exposure is now coming into investor focus."
/
September Sees Record Gun Sales Free Beacon - Some see Democrats’ calls for executive action to restrict guns as cause. The Federal Bureau of Investigation processed a record number of background checks in the month of September, indicating that gun sales were at an all time high for the month. The FBI’s National Instant Background Check System processed 1,795,102 applications to buy a firearm in September. That represents a new record: 335,739 more checks than the previous September high set in 2012, or a 23 percent increase.
/
Monsanto Slashes Jobs as Confidence in Future of Company is Shaken
Sustainable Pulse - Monsanto, the world’s largest producer of genetically-modified (GM) crops and their associated pesticides, including the probable carcinogen Roundup, has announced that it will shed 2600 jobs worldwide in an attempt to save the collapsing company. In a full portfolio report on Wednesday Monsanto released figures that shook its share price, leading to a 4% fall in morning trading.... Monsanto said its loss widened to $1.06 a share for the fourth quarter ended on August 31 from a loss of 31 cents a year earlier. Sales of corn seeds and traits, Monsanto’s key products, fell to $598 million from $630 million. And sales at the company’s agricultural productivity unit, which includes Roundup herbicide, dropped to $1.1 billion from $1.25 billion in the quarter.
/
U.S. Gov't Spends Half Million Dollars on Robots That Read to Children
Tech Swarm - The National Science Foundation is spending $440,885 on a new project that will put storytelling robots in the classroom.... According to the study’s grant, Early language ability, including vocabulary skills and oral language knowledge during preschool, is an important predictor of children’s academic success in subsequent school years. Social robots that can engage children as personalized learning companions hold great promise in augmenting the learning experience of children with parents and teachers.... It is not yet clear what motivated the government to spend such a large amount of money on something that can easily be done by a human. Could teachers be entirely replaced with robots someday? How would you feel about your children being taught by a robot in public schools?
/
NATO Threatens To Send In Troops After Russia Stations Ground “Battalion” In Syria -
/
REPORT: Sanctuary cities grow to 340... Developing... Hillary Compares The NRA To ‘The Iranians And Communists’ Hillary Clinton took aim at the National Rifle Association in Iowa on Wednesday, hitting the group for what she claims is its “absolutist” stance on gun rights and comparing it to “the Iranians and Communists.” Clinton drew the connection to the gun rights group and murderous tyrants after a woman in the audience at a
/

College Belatedly Learns Why Bathrooms Try To Keep Naked Men Away From Naked Women A Toronto college is rolling back its use of gender-neutral bathrooms after two women at the school were victims of voyeurism by a man using a cell phone. Whitney Hall, a dormitory for University College at the University of Toronto, houses about 250 students and used co-ed bathrooms exclusively until recently. “Co-ed” means both men and
/
Why Are The IMF, The UN, The BIS And Citibank All Warning That An Economic Crisis Could Be Imminent? 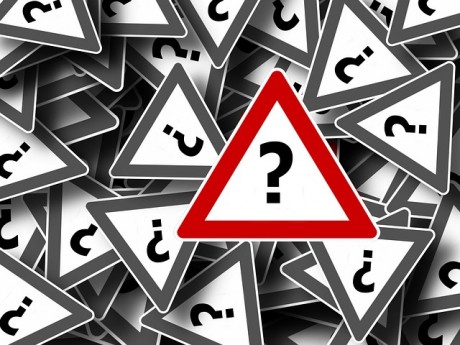 The warnings are getting louder.  Is anybody listening?  For months, I have been documenting on my website how the global financial system is absolutely primed for a crisis, and now some of the most important financial institutions in the entire world are warning about the exact same thing.  For example, this week I was stunned to see that the Telegraph had published an article with the following ominous headline: “$3 trillion corporate credit crunch looms as debtors face day of reckoning, says IMF“.  And actually what we are heading for would more accurately be described as a “credit freeze” or a “credit panic”, but a “credit crunch” will definitely work for now.  The IMF is warning that the “dangerous over-leveraging” that we have been witnessing “threatens to unleash a wave of defaults” all across the globe… (Read More....)
/
Churches are paying the gov't up to $100 a month to spy on families!

/
No Whites Allowed: Seattle ‘Yoga Class for People of Color’ Excludes Caucasians
/
NATO Threatens To Send In Troops After Russia Stations Ground “Battalion” In Syria - October 8th, 2015
---NATO Prepares to Send Troops to Protect Turkey from Russian “Threats
----------HERE COMES CHINA: Beijing Sending Troops To Join Russian War In Syria
Igor Morozov, member of the Russian Federation Committee on International Affairs claimed about the beginning of the military operation by China against the IS terrorists. “It is known, that China has joined our military operation in Syria, the Chinese cruiser has already entered the Mediterranean, aircraft carrier follows it,” Morozov said. According to him, Iran may soon join the operation carried out by Russia against the IS terrorists, via Hezbollah.
/
Fukushima Kids Suffer Thyroid Cancer Up To 50x Normal Rate, New Study Finds
/
Edward Snowden's New Revelations Are Truly Chilling

/
Heads Up! NASA Experiment Off East Coast Lights Up the Sky Like Project Blue Beam

/
WILD! Hunter Escapes Grizzly Attack by Shoving Arm Down Bear's Throat - A Montana bow hunter is recovering after he survived a grizzly-bear mauling by remembering a tip from his grandmother and shoving his arm down the animal's throat.