PENTAGON: 2 NAVY BOATS IN IRANIAN CUSTODY... / RBS cries 'sell everything' as deflationary crisis nears / TEXAS GOVERNOR TO BLM: Get Your Ass Out of Texas! “Texas will not wait any longer.”/ Bearish J.P Morgan says sell stocks on any rally / 93% Of American Counties Haven't Recovered From The Recession / Chinese Shipyards "Vanish" As Baltic Dry Collapses To New Record Low / Far Away from Oregon, the Longest Armed Standoff In US History Ends In Texas / Second Largest Coal Producer Declares Bankruptcy / DOOMSDAY WARNING AS $10 OIL PREDICTED... / ◾Global Stock Market Crash Continues As Fed Goliath Dies:Suddenly, forecasts of doom and gloom are everywhere / ◾Legend Art Cashin Warns Panic In This Major Market Will Shock The World / ◾CHINA ORDERS BANKS TO STOP PURCHASING U.S. DOLLARS / ◾Oregon Victory – Judge and 2 US Marshals in Route to Restore Constitutional Rule of Law / ◾Macy's closings could leave a trail : 'The department store business, it's the worst segment in retailing," said Davidowitz. 'It's the highest cost operator, they're not growing, and they're in a world where the customer is looking for a great deal' / ◾After releasing toxic pollution into rivers with zero accountability, the EPA convicts 185 other Americans for 'environmental crimes' / Nothing Is Moving," Baltic Dry Crashes As Insiders Warn "Commerce Has Come To A Halt" / Arabic Rape Game Spreads to Europe / College Professor: Most US Terrorists White Conservative Men / This Week On The Line: Henry Langston Discusses The Oregon Standoff / Harney Sheriff THROWS OUT Reporter for Asking about Constitution! - #OregonFront / 1/12/16 Day 11 - Update [3] from Malheur Wildlife Refuge In Burns, Oregon - #OregonFront / BUNDY MILITIA RETURN OPEN RANGE TO THE PEOPLE TEAR DOWN FEDERAL FENCE / Soviets In the US! Patriots Labeled Mentally Ill To Remove Rights/Guns—Don’t Think It’s Happening? / Government Software Calculates Your ‘Threat Score’ And Categorizes Citizens As Red, Yellow Or Green / 20th Largest Bank In The World: 2016 Will Be A ‘Cataclysmic Year’ And ‘Investors Should Be Afraid’

RBS warned clients of trouble just before the 2008 crisis. It has done so again Photo: Getty Images
RBS cries 'sell everything'...

Clients told to seek safety of Bunds and Treasuries. 'This is about return of capital, not return on capital. In a crowded hall, exit doors are small'

TEXAS GOVERNOR TO BLM: Get Your Ass Out of Texas! “Texas will not wait any longer.”
/ 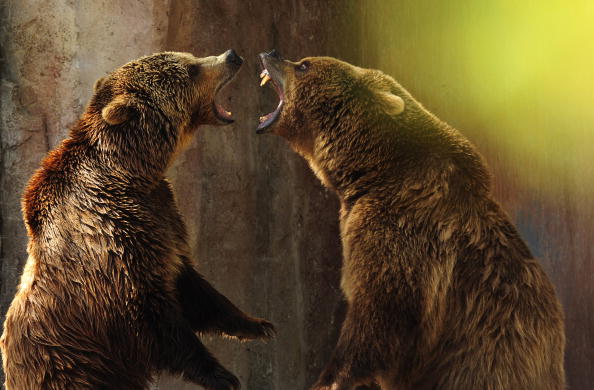 You Know Negative Interest Rates Are Bad When...

...the Swiss canton of Zug is asking its citizens to delay paying their taxes for as long as possible, because the cantonal government doesn’t want to take in a pile of cash, only to end up paying the bank interest on all the tax revenue.
/

Chinese Shipyards "Vanish" As Baltic Dry Collapses To New Record Low
Another day, another plunge in The Baltic Dry Index, which just dropped a further 3.1% to 402 today - a new record low. While the index is driving headlines, under the surface, reality in the shipping (and shipbuilding) industry is a disaster. Total orders at Chinese shipyards tumbled 59% in the first 11 months of 2015, and as Bloomberg reports, with bulk ships accounting for 41.6% of Chinese shipyards’ $26.6 billion orderbook as of December, there is notably more pain to come, as one analyst warns "Chinese shipbuilders won’t be able to revive even if you try breathing some life into them."
/
WTI Crude Crashes Under $30 After EIA Cuts Demand, Increases Production Forecast
/
Far Away from Oregon, the Longest Armed Standoff In US History Ends In Texas

/
PENTAGON: 2 NAVY BOATS IN IRANIAN CUSTODY...
10 Sailors Detained, Hours Before State of the Union Speech...
Accused of 'Snooping'...
EQUIPMENT CONFISCATED...
US OFFICIALS SCRAMBLE...
Iran sanctions relief set for THIS WEEK...
/
DOOMSDAY WARNING AS $10 OIL PREDICTED... - Petrol prices could fall back to levels last seen in 2009 as major banks say there is no bottom in sight for the world's lopsided market
/
Global Stock Market Crash Continues As Fed Goliath Dies:Suddenly, forecasts of doom and gloom are everywhere
/
Legend Art Cashin Warns Panic In This Major Market Will Shock The World
/ 'We are heading towards a European 9/11': Counter-terrorism official says terror groups are plotting 'simultaneous attacks in various countries this year'
/ Sticks and stones may break my bones. But names will never hurt me.
Are You A Threat? Police Software Scans Your Social Media: 'Very Dangerous For a Citizen' One thing is certain: this is the near-future world of 'Minority Report' has arrived on scene. It is already in its first phase of life, the public is clueless
/
Oregon Victory – Judge and 2 US Marshals in Route to Restore Constitutional Rule of Law
/
Macy's closings could leave a trail : 'The department store business, it's the worst segment in retailing," said Davidowitz. 'It's the highest cost operator, they're not growing, and they're in a world where the customer is looking for a great deal'
/
After releasing toxic pollution into rivers with zero accountability, the EPA convicts 185 other Americans for 'environmental crimes'
/
The continued collapse of The Baltic Dry Index remains ignored by most - besides we still have Netflix, right? But, as Dollar Vigilante's Jeff Berwick details, it appears the worldwide 'real' economy has ground to a halt!!

Last week, I received news from a contact who is friends with one of the biggest billionaire shipping families in the world.  He told me they had no ships at sea right now, because operating them meant running at a loss.
This weekend, reports are circulating saying much the same thing: The North Atlantic has little or no cargo ships traveling in its waters. Instead, they are anchored. Unmoving. Empty.
You can see one such report here.  According to it,

This has never happened before. It is a horrific economic sign; proof that commerce is literally stopped.

We checked VesselFinder.com and it appears to show no ships in transit anywhere in the world.  We aren’t experts on shipping, however, so if you have a better site or source to track this apparent phenomenon, please let us know.

We also checked MarineTraffic.com, and it seemed to show the same thing.  Not a ship in transit…

If true, this would be catastrophic for world trade. Even if it’s not true, shipping is still nearly dead in the water according to other indices.  The Baltic Dry Index, an assessment of the price of moving major raw materials by sea, was already at record all-time lows a month ago... and in the last month it has dropped even more, especially in the last week. Today BDIY hit 415...

Factories aren’t buying and retailers aren’t stocking.  The ratio of inventory to sales in the US is an indicator of this. The last time that ratio was this high was during the “great recession” in 2008.

Hey, Ms. Yellen, what recovery? The economy is taking on water at a rapid rate.
The storm has been building for some time, actually. Not so long ago, there was a spate of reports that the world’s automobile manufacturers were in trouble because cars were not selling and shipments were backing up around the world.
ZeroHedge reported on it this way:


In the past several years, one of the topics covered in detail on these pages has been the surge in such gimmicks designed to disguise lack of demand and end customer sales, used extensively by US automotive manufacturers, better known as “channel stuffing”, of which General Motors is particularly guilty and whose inventory at dealer lots just hit a new record high.

Here is a photo of unsold cars in the United Kingdom from that article.

The world’s economy seems in serious trouble. You can’t print your way to prosperity. All you are doing is hollowing out your economy. Draining it. And sooner or later it’s empty and you have to start over after a good deal of crisis and chaos.
It’s no coincidence that China is struggling desperately to contain a stock implosion.  Reportedly, banks have been told they are forbidden to buy US dollars and numerous Chinese billionaires have gone missing.  And the markets have just opened on Monday and are again deeply in the red.
Here at The Dollar Vigilante we’ve specialized in explaining the reality of the global faux-economy and why it’s important that you not believe mainstream media lies.
In the meantime, keep your eye on this shipping story!  If it is true and worldwide shipping is disastrously foundering, it’ll only be a matter of days before grocery store shelves will reflect that with increasingly bare shelves.
Are people upset now? Just wait. Interruptions in goods and services, most critically food, almost happened in 2008 during the Great Financial Crisis.  For three days worldwide shipping was stranded due to shipping companies not knowing whether or not the receiver’s bank credit was good.
That crisis was staved off due to a massive amount of money printing.  It was a temporary stay of execution, like bailing out the Titanic with coffee cups, however, and one that may reach much larger proportions in 2016.
Sailors watch the weather to see if it is safe to set sail.  Investors should be watching the economic climate with the same intensity.
We are already sailing through very stormy waters.
Nothing Is Moving," Baltic Dry Crashes As Insiders Warn "Commerce Has Come To A Halt"
/
Arabic Rape Game Spreads to Europe

/
This Week On The Line: Henry Langston Discusses The Oregon Standoff 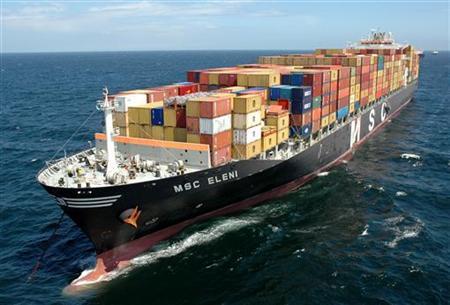 White House to Reporters: “We Should Be Proud of” Iran Deal After Regime Takes 10 US Sailors Hostage 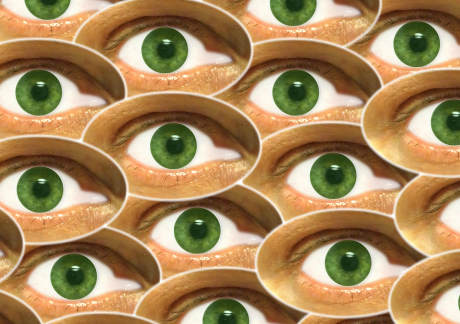 Do you know what your “threat score” is? Today, more than 90 percent of all local police departments and nearly all government agencies employ some sort of technological surveillance. One of the most common applications is called “Beware”, and it scans billions of “arrest reports, property records, commercial databases, deep Web searches” and social media postings to give authorities an idea of who they are dealing with. So the next time that police pull up in front of your home, it is likely that what you have posted on Facebook will be searched. If you have said things that could be construed as “anti-government” or “anti-police”, there is a very good chance that you will have a very high “threat score” and you will be on “the red list”. (Read More...)
/
20th Largest Bank In The World: 2016 Will Be A ‘Cataclysmic Year’ And ‘Investors Should Be Afraid’

The Royal Bank of Scotland is telling clients that 2016 is going to be a “cataclysmic year” and that they should “sell everything”.  This sounds like something that you might hear from The Economic Collapse Blog, but up until just recently you would have never expected to get this kind of message from one of the twenty largest banks on the entire planet.  Unfortunately, this is just another indication that a major global financial crisis has begun and that we are now entering a bear market.  The collective market value of companies listed on the S&P 500 has dropped by about a trillion dollars since the start of 2016, and panic is spreading like wildfire all over the globe.  And of course when the Royal Bank of Scotland comes out and openly says that “investors should be afraid” that certainly is not going to help matters. (Read More....)
Posted by I at Wednesday, January 13, 2016