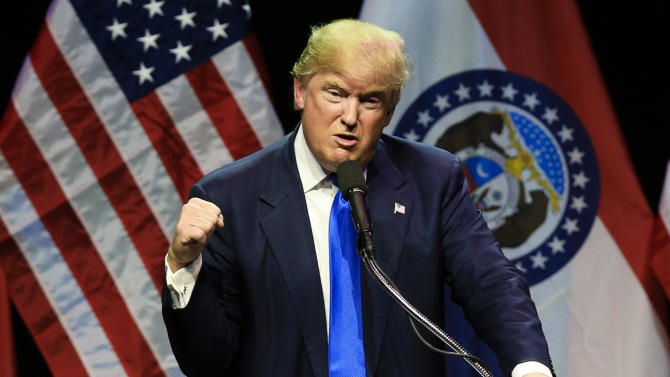 KURTZ: WHY CAN'T MEDIA STOP HIM?

Documents surface with staggering proof that the LeVoy Finicum shooting was guided by the dark light of the U.N.
Sworn Officers Chose the United Nations Over the US Constitution, then Murdered LeVoy Finicum

The operation, calling itself Democracy Spring, is threatening “drama in Washington” with the “largest civil disobedience action of the century.” The radicals believe this will result in the arrest of thousands of their own activists. They intend to march across the East Coast in order to spark a “fire that transforms the political climate in America.” By admin1 - March 12, 2016 Christian News Christian Times Newspaper has learned that an African-American supporter of Republican presidential candidate Donald Trump has died after allegedly sustaining gunshot wounds in the aftermath of Friday
/ 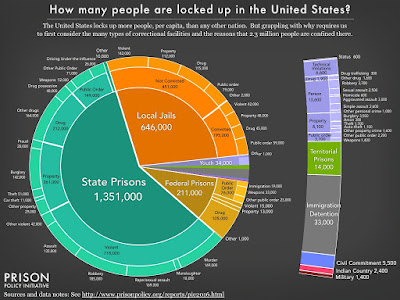 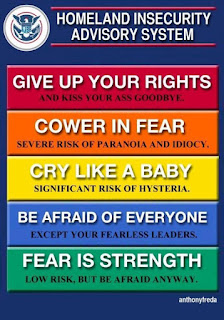 DHS's 2015 Data Mining report, reveals that TSA, CBP, Coast Guard or all DHS employees, use their own judgment to determine who's put on a government watchlist!
/
CLINTON TO POOR WHITES: “WE’RE GOING TO PUT A LOT OF COAL MINERS OUT OF BUSINESS”


The Dream Is Over – Baltic Dry Bounce Ends…”With Iron Ore prices down 6 days in a row, the entire hope-strewn short-squeeze has been erased.”

/
Russia can make powerful Syria military comeback in hours: Putin
Reuters - President Vladimir Putin said on Thursday that Russia could scale up its military presence in Syria again within hours and would still bomb terrorist groups there despite a partial draw-down of forces ordered after military successes. Speaking in one of the Kremlin's grandest halls three days after he ordered Russian forces to partially withdraw from Syria, the Russian leader said the smaller strike force he had left behind was big enough to help forces loyal to President Bashar al-Assad keep advancing.
/
North Korea fires ballistic missile into sea off South Korean coast
The Guardian - Aggressive move comes after fresh US sanctions on Pyongyang and outcry over sentencing of American student to 15 years’ hard labour. North Korea fired a ballistic missile on Friday that flew about 800km (500 miles) off its east coast into the sea, South Korea’s military said, days after fresh US sanctions were imposed on the isolated state…. The United States called on North Korea to refrain from actions that raise tensions in the region after news broke of the missile launch. The state department said it was closely monitoring the situation and urged North Korea to focus on taking concrete steps toward fulfilling its international commitments and obligations. The launch comes amid heightened tension on the Korean peninsula with the North remaining defiant in the face of the UN security council sanctions imposed earlier in the month in response to a nuclear test conducted in January.
* Related: Student Sentenced to 15 Years Hard Labor in North Korea Claims US Set Him Up
/
Pennsylvania Bill Would Set the Stage to Reject and Block NDAA Indefinite Detention
Tenth Amendment Center - A bill recently introduced in the Pennsylvania Senate would take a step toward nullifying indefinite detention under the National Defense Authorization Act of 2012 (NDAA) or any other federal act. Sen. Mike Folmer (R-Lebanon) introduced Senate Bill 1150 (SB1150) earlier this month. The legislation would prohibit the Commonwealth, its political subdivisions, and their employees acting in an official capacity, along with members of the Pennsylvania National Guard while serving under official state duty, from assisting the armed forces of the United States in the investigation, arrest, prosecution or indefinite detention without charge or trial of any person within the United States under the NDAA, the Authorization of Use of Military Force passed after 9/11, or any other federal law purporting to authorize the same. If passed into law, Pennsylvania would become the fifth state to take steps to nullify indefinite detention, joining Alaska, California, Michigan and Virginia.Those states have passed similar legislation in the last three years. A bill even more expansive in scope is currently making its way through the Arizona legislative process.
/
“Anti-Establishment” Ted Cruz Defends GMOs - Calls Health-Conscious Americans Who Support GMO Labeling "Anti-Science Zealots"
Freedom Outpost - Sen. Ted Cruz said Saturday that the nation should push back against the “hysteria” over food made with genetically modified organisms, saying these innovations in science should be celebrated for the positive impact they’ve had both at home and abroad. Speaking the Iowa Agricultural Summit, Mr. Cruz said he is sick of politicians “blowing smoke” in Washington and vowed that Iowans have no bigger ally then him when it comes to pushing back against the federal government. Mr. Cruz said GMOs helped to provide food for people across the globe and strengthen farms across the nation. He said that people who oppose GMOs and want to buy organic food can do that.“People who decide that is what they want, they can pay for it already, but we shouldn’t let anti-science zealotry shutdown the ability to produce low-cost quality food for billions across the globe,” Mr. Cruz said.
/
There’s a map for that: Google maps help illegal immigrants locate border checkpoints
RT - User-published Google maps show locations of border patrol checkpoints, even including the mile markers they’re stationed at. “Mile Marker 102 - I-10. Checks all Eastbound traffic. Five miles West of Sierra Blanca,” reads one bulletin on the “Routes to Avoid - Border Patrol Checkpoints” Google map. With a total of 20 pins on the map, it creates a rudimentary way to plan entry into the US without having to get through border patrol. That map is just one of many. Clicking on “Related Maps” reveals numerous others adhering to the same principle. Another map with over 2,000 views is simply titled “Border Patrol” and has 72 border patrol stations pinned. That may sound like a lot of views for a map, but the “Routes to Avoid” map has over 630,000. The maps were created with Google My Maps, a program that allows its users to customize maps and share them.
/


The Gloves Are Off: Trump Accuses Hillary Of Being "Involved In Corruption For Most Of Her Professional Life"

Just yesterday, we said the following about Brazil: It seems as though this country can’t get through a single day without some piece of political news or economic data creating confusion and turmoil.


We said that on the way to noting that central bank chief Alexandre Tombini looked set to resign for fear that former President Lula’s new cabinet position and attendant promise to "turn the economy around" would lead invariably to government interference in monetary and FX policy.


As regular readers and Brazil watchers alike are no doubt aware, the BRL has been on a veritable rollercoaster ride of late and it’s all thanks, one way or another, to Lula. The currency rallied on his arrest, sold off when he was offered a position in Rousseff’s cabinet, and now, is headed sharply higher after a court injunction blocked his nomination as chief of staff.

The injunction appears to stem from some 50 audio recordings released to the media on Wednesday by Judge Sergio Moro, the lead prosecutor in the car wash probe. At least one of the recordings seems to suggest that Rousseff did indeed offer Lula the ministry post in order to shield him from prosecution.


The most damning call was recorded on Wednesday afternoon, when Rousseff can be heard telling Lula that she is sending him his ministerial papers “in case of necessity.” Obviously, that sounds a lot like an attempt to make sure Lula has proof of his new position in case authorities come to arrest him before he’s sworn in. In Brazil, ministers can only be tried in the Supreme Court which, as you might imagine, could take virtually forever compared to lower courts.


Lula was questioned earlier this month in connection with the possibility that he received luxury properties in exchange for favors tied to the Petrobras scandal.


Well, he’s got one thing right: everyone is “fucked,” and Moro doesn’t care. “Democracy in a free society requires that the governed know what their governors are doing, even when they try to act in the dark,” he said.

“Moro also said he believes Lula had advance warning of the raid on 4 March and may have known his phone was tapped,” The Guardian notes, adding that “by midnight on Wednesday there were reports of demonstrations against the government in at least 17 of Brazil’s 26 states. In the southern city of Curitiba, where Moro is based, hundreds gathered in front of the court to show support for the judge and his investigation.”

Rousseff says the court and the media's interpretation is incorrect. She claims that she was trying to tell Lula that she was sending him his papers early in case he was unable to attend the swearing-in ceremony.

Put simply: no one was buying that excuse.

"Military police fired tear gas at demonstrators outside government buildings in Brasília, while groups set fire to a doll resembling the ex-president and waved banners calling for his imprisonment," FT recounts, "[While] thousands of protesters filled São Paulo’s main avenue, Rio de Janeiro’s Copacabana beach and cities in at least 15 other states."

Rousseff now intends to take legal action against Moro for "breaking the constitution. Here's a summary of Rousseff's comments, some of which are outright hilarious in light of the circumstances:


A lawyer for Lula called Moro's release of the tapes "arbitrary."

Right. "Arbitrary." In fact, there was nothing "arbitrary" about it. Moro was due to decide on whether to arrest Lula this week and effectively, he and Rousseff were about to circumvent the entire investigation by using ministerial immunity to keep the car wash probe from reaching any higher up in the government than it already has. In other words, it was now or never for Moro and as you might have noticed, he isn't one to let things go.

The release of the tapes led to a raucous session in Congress where some lawmakers chanted for Rousseff's head, figuratively speaking... we think. Here are some clips from the protests that swept the country on Wednesday: