U.N. Vehicles, Mysterious Troop Movement Spotted In VA, NC, W.VA, Ohio / S&P cuts UK credit rating to 'AA' from 'AAA'... / Judge Napolitano: “Nobody died until 05:13 in the morning” / California State Legislators Considers Law Suppressing Christian Colleges / Another Red Flag: Growth In Fast Food Visits Has Hit A Wall / RISE OF GERMAN SUPERSTATE: EU MEMBERS TO DISSOLVE ARMIES SURRENDER ECONOMIC POWER / What are military UN trucks doing in Virginia? Bemused motorists spot white 'combat vehicles' on the interstate / MEXICO PUSHES AMERICAN UNION... / European Banks Have Their Worst Two Day Stretch EVER As The Global Financial Crisis Intensifies / Jim Willie: If Deutsche Bank Goes Under It Will be Lehman TIMES FIVE! / Jim Rogers On Brexit – Prepare Yourself For The Storm That Is Coming. World In Panic / 'Fear, American Style' preschoolers practicing lockdowns / DHS's watch list plan is unconstitutional and dangerous / Federal Judge: We Shouldn’t Spend 1 Second Studying The Constitution / BORDER AGENT: INFECTIOUS DISEASES FLOODING IN... / FEMA Contractor Predicts Social Unrest Caused by 395% Food Price Spikes /Front Line Footage of Sacramento Chaos at California Capitol Building / The United States Of Europe: Germany And France Hatch A Plan To Create An EU Superstate / Venezuelans are storming supermarkets and attacking trucks as food supplies dwindle / 4th of July Fails - Americans Don't Know Why We Celebrate Fourth of July! / U.S. General: If We Get Into a Land War With Russia, We’re in for a Rude, Cold, Awakening / Texas Gov. Makes Announcement About Secession “Candidly, Sean, what I think is that what Texans believe in is that we need the United States to be more like Texas. In fact, I believe America longs to be the way the Texas is,” Abbott said./ “Welcome To Hell” – Angry Unpaid First Responders Warn “Whoever Comes To Rio Will Not Be Safe” / 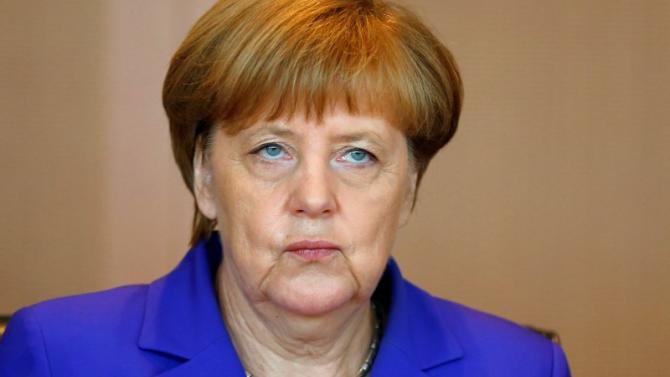 Supreme Court issues its decree on abortion, gun rights The US Supreme Court has struck down abortion restrictions in Texas, ruled that domestic violence misdemeanor convictions are valid grounds to lose gun ownership rights, and raised the bar for prosecuting public officials on corruption charges.
/

Greenspan Warns A Crisis Is Imminent, As He Urges A Return To The Gold Standard

Judge Napolitano: “Nobody died until 05:13 in the morning”

In the on-going TRUNEWS investigation into the Orlando Massacre, a consistent question has arisen: when did the victims die?

According to the FBI, the supposed Orlando shooter, Omar Mateen, entered the club around 02:00 AM and began his killing spree. However, as Judge Andrew Napolitano points out in this clip, that story — the story based off of the unredacted FBI transcript released Monday — doesn’t just directly contradict eye witness testimony, but the FBI’s official narrative itself.

Another Red Flag: Growth In Fast Food Visits Has Hit A Wall 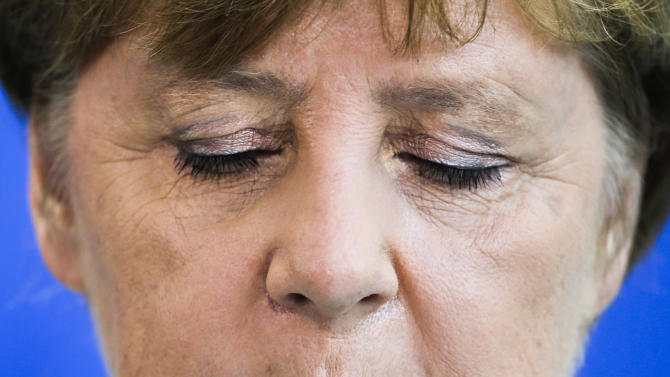 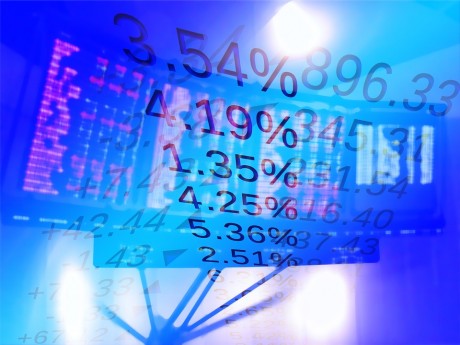 Over the last two trading days, European banks have lost 23 percent of their value.  Let that number sink it for a bit.  In just a two day stretch, nearly a quarter of the value of all European banks has been wiped out.  I warned you that the Brexit vote “could change everything“, and that is precisely what has happened.  Meanwhile, the Dow was down another 260 points on Monday as U.S. markets continue to be shaken as well.  Overall, approximately three trillion dollars of global stock market wealth has been lost over the last two trading days.  That is an all-time record, and any doubt that we have entered a new global financial crisis has now been completely eliminated. (Read More....)
/

While you were distracted by BREXIT, Monsanto’s puppets in the U.S. Senate announced a ‘compromise’ to outlaw GMO labeling laws nationwide

Jim Willie: If Deutsche Bank Goes Under It Will be Lehman TIMES FIVE!

Jim Rogers On Brexit – Prepare Yourself For The Storm That Is Coming. World In Panic 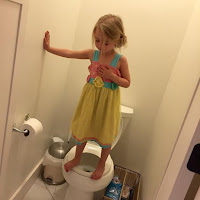 image credit: Stacey Feeley
A mother posted the above picture of her three-year-old daughter practicing a lockdown at home.

Congratulations, DHS and police. You've done what no parent could have dreamed of twenty years ago, you given kids new nightmares. Instead of kids being afraid of the dark or monsters under the bed, they're now afraid of being killed in school.

Teaching preschool kids and K-12 students to run and hide from an active shooter (terrorist) has become a way of life and a business.

"Politicians - take a look. This is your child, your children, your grandchildren, your great grand children and future generations to come. They will live their lives and grow up in this world based on your decisions. They are barely 3 and they will hide in bathroom stalls standing on top of toilet seats," Stacey Feeley said.

Business are being paid to conduct active shooter drills nationwide at schools, churches, hospitals, businesses, sports stadiums etc. The ALICE Training Institute gets paid to teach schools how to defend themselves against active shooters. Sage Dynamics, ACT Cert and the Center Mass Group are just some of the companies profiting from active shooter drills.

Not to be outdone, DHS and the FBI created a “Run, Hide, Fight” program that teaches people how to defend themselves against active shooters. For more information about active shooter drills, click here & here.

Feeley, sounds like a mouthpiece for the Obama Administration, blaming the lack of gun control as the reason why her kid lost her innocence.

"At that moment all innocence of what I thought my three-year-old possessed was gone said Feeley."

During her gun-control rant, Feeley asks why high-capacity magazines are permitted to be sold to anyone other than the military. What she fails to address, is how police have access to military grade weapons like grenade launchers, tanks and much more. She never asks, why the IRS needs AR-15 assault rifles or why they're being trained by the Army’s Special Forces contractors?

Here's a short list of how easy it is for anyone to land on DHS's watch list.

4. Vote for a Third Party
http://www.constitution.org/abus/le/miac-strategic-report.pdf

5. Flying the American Flag (or any of several historic American flags)
http://www.constitution.org/abus/le/miac-strategic-report.pdf

The nine examples were taken from the 'secret' gov't rulebook titled 'March 2013 Watchlisting Guidance' which labels nearly every American a potential terrorist.

Americans are also being labeled as "insider threats"

The Department of Defense (DoD) provides a non-exhaustive list of “insider threats,” which include, but are not limited to: “damage to the United States through espionage, terrorism, unauthorized disclosure of national security information, or through the loss or degradation of departmental resources or capabilities.”

The DoD claims that the proposed Database may therefore include counseling statements; credit reports; user names and aliases; logs of printer, copier and facsimile machine use; information collected through “the technical capability to observe and record the actions and activities of all users, at any time, on a computer network controlled by DoD;” and “information related to investigative or analytical efforts by DoD insider threat program personnel to identify threats toDoD personnel, property, facilities, and information.”

The database will include detailed, personal data on a large number of individuals.

There are 25 additional reports that can put any American on the terrorist watch list. 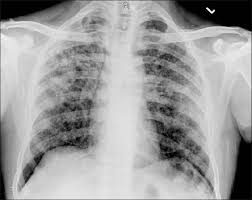 ILLEGALS WITH TB SPREAD AROUND STATES 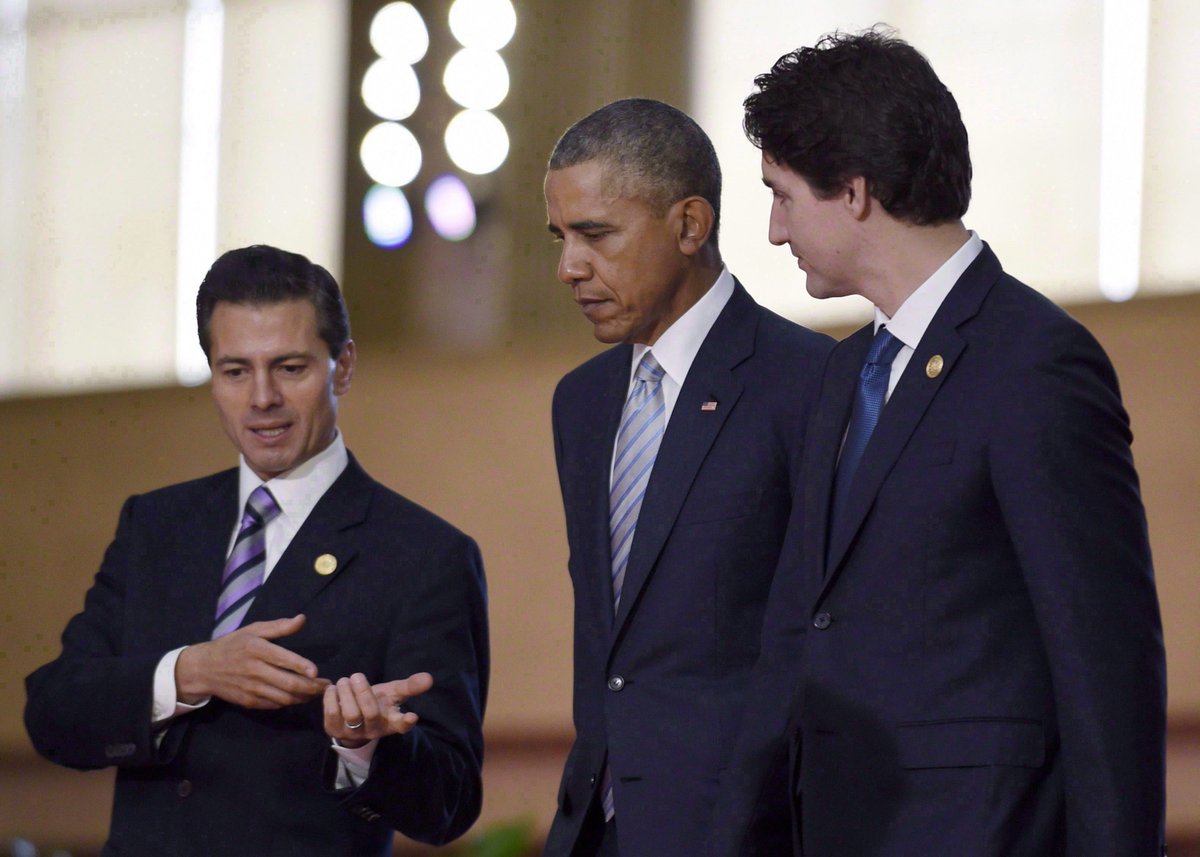 Bank of America: "If You Are Going To Panic, Panic Early"

The United States Of Europe: Germany And France Hatch A Plan To Create An EU Superstate

If you believe that the Brexit vote is going to kill the idea of a “United States of Europe”, you might want to think again.  In fact, it appears that the decision by the British people to leave the European Union is only going to accelerate the process of creating an EU superstate.  As you will see below, one of the largest newspapers in the UK is reporting that the foreign ministers of France and Germany have drafted “a blueprint to effectively do away with individual member states”.  So even though men like George Soros are warning that the eventual dissolution of the European Union is “practically irreversible” after the Brexit vote, the truth is that the globalists are not about to give up so easily. (Read More...) Venezuelans are storming supermarkets and attacking trucks as food supplies dwindle
/
Why Are UN Troops On American Soil? UN troops are on American soil to seize guns and incarcerate American dissidents in the midst of the coming chaos brought on by an economic collapse. 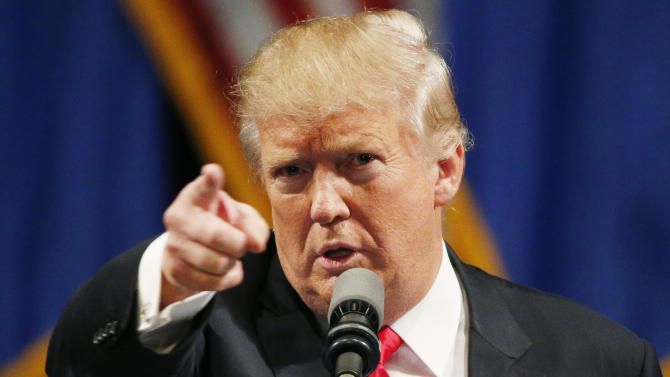 4th of July Fails - Americans Don't Know Why We Celebrate Fourth of July! +8
Inferno: Two BNSF Railway trains collided head-on near Panhandle, Texas, around 25 miles northeast of Amarillo. One person was injured and three left missing in the collision. No reason for the crash has yet been announced and no fatalities have been confirmed 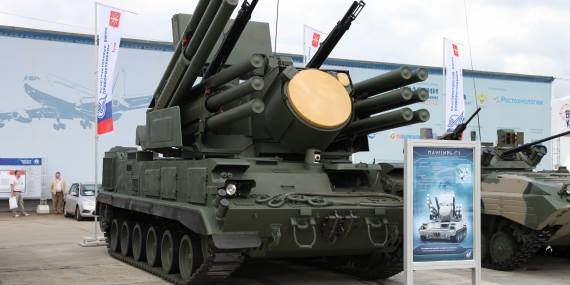 U.S. General: If We Get Into a Land War With Russia, We’re in for a Rude, Cold, Awakening

Texas Gov. Makes Announcement About Secession“Candidly, Sean, what I think is that what Texans believe in is that we need the United States to be more like Texas. In fact, I believe America longs to be the way the Texas is,” Abbott said.

Around 300 officers took to the streets to demand their salaries be paid by the government in full, and to express their anger over lack of basic supplies such as water, ink, and even toilet paper. According to RT, one officer said that he had only received half of his pay last month, and hasn't been paid for overtime in the last five months either.
"At the stations we don't have paper or ink for the printers, there's no one to come in to clean and some stations don't have a water supply anymore so the toilets are not functioning" said a member of an elite police unit entrusted with providing security at the upcoming olympics.

A US destroyer violated international and bilateral agreements by approaching a Russian ship dangerously close this month, the Russian Defense Ministry said in a statement Tuesday.
MOSCOW (Sputnik) – The russian ship was following its course and didn’t violate any international law standards:


US Destroyer Committed ‘Gross Violation’ in Encounter With Russian Ship

Nigel Farage: Putin Was More of a Statesman than Obama in Brexit Campaign (VIDEO)