Machines have taken over...
/ 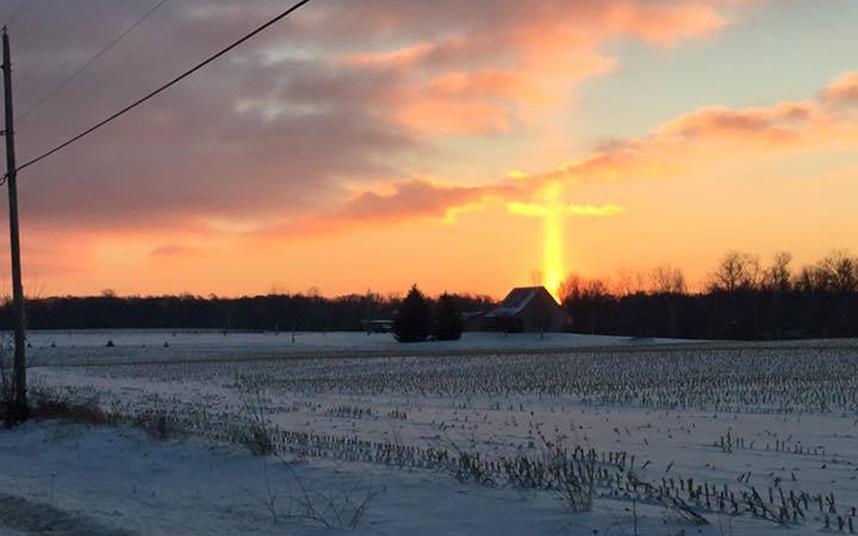 GE sells appliance division to Chinese Haier company (TRUNEWS) General Electric has sold its appliance division to Qingdao Haier, a Chinese company. The Haier brand is known in the industry as a manufacturer of household appliances, such as refrigerators, washers and microwaves, usually at prices less expensive than competitors.  Recently they have been looking to expand their market in the U.S. The GE

/
"This One Is A Bag Of Dicks": America Answers Oregon Militia's Plea For "Supplies"
/

Norway Pushes Panic Button: "We're In A Crisis Now, We Can't Deny That"
/

2016 Market Free-fall Resumes
http://godsdestiny.org/destiny_christian_center3_011.htm
Did you catch all traders using yesterday's market surge as a basis for you "to buy"? The industry cannot understand the bull run could very well be over because to acknowledge that fact would be an end to their careers.

If you didn't jump back in on the hype from yesterday's 220 point surge, today you are very happy. Less than three hours into the trading day and the DJIA not only shed yesterday's entire gain but added another 160 points to the losing streak it has been on. Since hitting 18,000 in May of 2015 it has now dropped below the 16,000 level, technically putting the markets into recessionary territory.

Thursday's rise was an anomaly. JPMorgan Chase and other financial institutions produced better-than-expected earnings reports. This is because the financial sector is the one area helped by the Fed printing press run. If you look closely, the other areas are faltering badly. What everyone in the markets forgot was the day before 19 of the 23 reporting S&P companies missed earnings expectations even those expectations had been greatly lowered over the past month.

The professional traders bought into Tuesday's State of the Union malarkey when Obama claimed the economy was still improving. The facts, supported by the drop in the stock market since the first of the year, belie his assertion.

Oil, the commodity that always tells the state of the modern economy, plunged below $30 officially in early trading. It's real trading value is another 10-15% below the current market level. Oil supplies have so far outstripped demand in the global economy we might have oil through August even if all production stopped this minute until the glut was consumed. On that basis, explain to me again how the financial sector looks so rosy without having central bankers around the globe pumping unvalued fiat into the system?

The intraday trading numbers on oil showed West Texas Intermediate trading at a penny higher than Brent, $29.55 to $29.54. The experts continue to foresee a drop in production leading to a deficit midway through this year. What they haven't accounted for completely is how badly this price crash is hurting some countries' governments. If those countries follow the experts' plan and trim production their already faltering countries might be replaced by angry populations who feel they've been betrayed by the production drop. In short, to keep a modicum of pretense the leadership can provide for their citizens productions cannot fall from the current levels until the price gains significant ground. Most of these oil-reliant countries figured oil wouldn't stay below $70 a barrel when making out their budgets.

Here's the supposed top shock story for Friday morning: Retail sales in December fell! Yep, during the biggest consumer shopping spree of the year retail sales continued to sag. Just wondering again, but doesn't that put a dagger into the alleged claim by the Labor Department that the economy created 292,000 jobs in December?

On the next item listed, industrial production weakened considerably in December. This weakness was led by cutbacks in mining output and utilities. That means those "breadwinner jobs" took another ugly hit.

Another item in this 'How Do You Like Me Now?' game created by Labor's demonstrably false employment report that was used by Progressives to support the Obama Administration's decisions and the SOTU, was Labor specifically cited "service sector jobs" as the source of this amazing gain. The core consumer spending areas--which exclude gasoline (so the lower price should not be a factor), auto sales, building materials and food service--lost .3% in December.

The signs, from the Baltic Dry Index to the malaise in all markets--probably a reaction to the unvalued fiat being pumped into the system, continue to point to negative global growth this year on a per capita basis. If so, this will be the third year in a row that has happened, even as economic experts cling to the hope of a rebound in 2016.

Put this item into the mix already given. Utilities are failing. In November they suffered a 5% drop and when the colder weather finally hit in December, they dropped another .2%. The reported weakness in retail and industrials was emphasized by declines in construction, manufacturing and exports. Now the experts are busy revising the economic numbers for the fourth quarter. Currently the various inputs had experts expecting a .5 to 1.4 annual growth rate for the fourth quarter after they confidently showed a 2% growth rate for the economy in the third quarter.

The one bright spot is the dollar fell against the yen in Thursday's trading. Now if this was the 1980s that little side note might have been newsworthy but it has been over quarter a century since Japan was our leading trade partner. The strength of the dollar against our top trade partner-China-rose again, meaning the U.S. export numbers should continue to wilt.

Reports indicated retailers' decline in December wrapped up the weakest year since the recovery started. The Federal Reserve's New York manufacturing index hit a minus 19.7 for 2016 so far.

To conclude, listen to the traders who have a hot stock in the market at your own peril. The system we've had in place for so many years--literally since the recovery from the Great Depression began--has been set up for failure. Central bankers created more bubbles than anyone could imagine and the phony official government reports from China, the U.S., the Euro Union and the rest of the world, are being exposed for the garbage they are. The consumer is still king of a market and he isn't buying because most now know the fancy figuring conceals a shell game any New York alleyway couldn't match for guaranteed loss.

"I have sworn on the altar of God eternal hostility to every form of tyranny over the mind of man."--Thomas Jefferson
/
Dow Plunges More Than 500! Global Stock Market Rout Continues As Panic Begins To Engulf The World
/

Did you know that 15 trillion dollars of global stock market wealth has been wiped out since last June?  The worldwide financial crisis that began in the middle of last year is starting to spin wildly out of control.  On Friday, the Dow plunged another 390 points, and it is now down a total of 1,437 points since the beginning of this calendar year.  Never before in U.S. history have stocks ever started a year this badly.  The same thing can be said in Europe, where stocks have now officially entered bear market territory.  As I discussed yesterday, the economic slowdown and financial unraveling that we are witnessing are truly global in scope.  Banks are failing all over the continent, and I expect major European banks to start making some huge headlines not too long from now.  And of course let us not forget about China.  On Friday the Shanghai Composite declined another 3.6 percent, and overall it is now down more than 20 percent from its December high.  Much of this chaos has been driven by the continuing crash of the price of oil.  As I write this article, it has dipped below 30 dollars a barrel, and many of the big banks are projecting that it still has much farther to fall. (Read More....)
/
Damage Control Articles? Or Confusion Re: FBI Posing as Militia?
/
Like Lambs to Slaughter, Millions Embrace All They Are Told
/
Colleges Mandate Sexual Confessions

Kmart is closing several stores and will soon begin going out of business sales at the designated locations
/
Baltic Dry Index down again  373.00/
/
IRAN RELEASES AMERICAN HOSTAGE$
BILLIONS FOR TEHRAN
/

/
Why Is the CIA Taking Over Burns, Oregon? :The Plot to Silence the Independent Media
/
'Elite' Are Preparing For 'Uprising' From The Masses - With Global Economy In Full Panic, More Signs They're Preparing To Move Into Their Underground Bunkers

Would YOU drink this? People of Flint share horrifying pictures of the water they were told was safe as they turn on the governor
---Flint, Michigan water contamination: Obama declares emergency
US President Barack Obama has declared a state of emergency in Flint, Michigan, where the water has become contaminated with lead. The city's water became contaminated after a change in supplier in 2014. Corrosive water leached lead from old pipes into the water supply. The emergency declaration will unlock $5m (£3.5m) in federal funding.
/

Tim Kennedy, 36, said he was contacted by the FBI after receiving 'credible threats'
FBI wary of ISIS threats against UFC fighter, ex-Green Beret Tim Kennedy
/
Gerald Celente - Trends In The News - "Economic Panic? No. “All Is Well” Says Obama

/
Ammon Bundy and The Sheriff (Extra Scene From "The Oregon Standoff")

/
On The Line: Henry Langston Discusses the Oregon Standoff