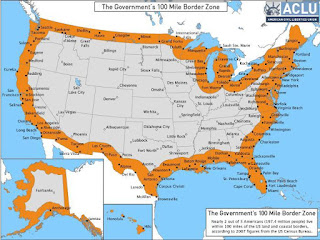 The (Un)Affordable Care Act turned 6 this week. The program has been extremely costly, as it has developed from a babe to a toddler. As it prepares to go out on its own that has not changed. Unfortunately neither has the government's balderdash about the cost factors.


According to an official release from the Congressional Budget Office, which does budget forecasts and cost estimates for legislation, on Thursday, the government is projecting an additional $1.34 trillion cost for the coming decade. Uh-huh. Remember back when this monstrosity was first presented? The figure then was a trillion dollars for the first decade, so we are seeing at least a 34% increase--and we haven't got down to the real expensive part of the bill yet, we are still in the inducement stages.


What is particularly disturbing about the rising cost factors is the CBO and the GAO disagree. I publicly demonstrated how the bill would add $1 trillion a year in expense to America's health care costs--10 times what the government agencies had projected. That number included all facets of the bill as it existed then.


This benefit of the bill is undeniable if you count heads. The announcement claimed "22 million more people will have health care coverage this year than if the law had never been enacted."


Notice, however, it did not read "Americans" but people. That is an ugly side of the equation the bureaucrats are not explaining. We taxpayers are now paying for 'people's' coverage. Are these refugees? Are they illegal immigrants (gasp, you horrid, politically-incorrect dummy you that should read undocumented workers)?


Are they people on visas who have stayed on after their visas have expired? The report does not document this.


The report also admitted the 27 million uninsured people will remain at 27 million for this year. Oops, there's another problem with the original math in the government figures that I had accounted for. When this bill was being signed, Obama solemnly announced 33 million uninsured people would now receive coverage. By my math, 22 million plus 27 million does not make 33 million but 49 million. Where did the extra 16 million come from?


Another problem in the CBO press release was "90% of the U.S. population will have coverage, a percentage that is expected to remain stable into the future." Again, population growth is a great thing but that means every year more people will be uncovered.


The next troublesome statement in the report was "The study projected a slight decline in employment-based coverage, although it will remain by far the most common kind among working-age people and their families."  Check your employer accounts. While many employers are picking up a larger cost factor, that is accounted for as a deductible employee cost for tax purposes so the company is getting some benefits on that side but in many cases a larger portion is being taken from the employee as well. Could it be the lack of increase in consumer spending is going into this hidden cost as the worker never actually receives this "earned income"?


Another bad spot in the report was the number of employer-covered people sits at 155 million now with 57% being under age 65. That is expected to decline to 152 million in three years and in 10 years (where the target is going to cost an additional $1.34 trillion) shrink to  only 54% of those under 65. The reason the numbers were given as to a relative age (65) is because "part of the [population] shrinkage is attributable to the health care law: some workers may qualify for Medicaid, which is virtually free to them (somebody please explain the cost of 'virtually free') and certain employers may decide not to offer coverage because a government subsidized alternative (insert 'taxpayer-provided' here) is available." Taking those under 65 only into account, the government will be spending $660 billion in insurance subsidies this year including the Medicaid program increases for the poor and disabled people under 65.


Again, please explain to me how they could have projected an additional cost of $1 trillion for a 10-year period when this kind of accounting is shown to be an annual cost now!


The real gist of the release was this beauty of a demonizing statement. "[This study] underscores the view that the health care law is driving the nation's gains in insurance coverage, which raises political risks for Republicans who would repeal it.


The final nail in the taxpayer coffin--and this report--was the fact the CBO did not provide any estimates of the ACA's overall impact of the federal deficit except to say that it will reduce the deficit.


Good golly Miss Molly! With that kind of number manipulation, Obama will have not increased the national debt a single dollar in his tenure and will have magically produced a revenue surplus and our economy will not have shrunk in the fourth quarter of 2015 but have been a robust 3% increase...


This kind of bureaucratic excrement is exactly why Main Street consumers have not one iota of confidence in government, unless they are non-Americans who are reaping benefits they've never paid for.


"I have sworn on the altar of God eternal hostility to every form of tyranny over the mind of man."--Thomas Jefferson

The Rant welcomes all comments. This is an informational piece designed to cover news the regular news machines omit or skim over. Thank you for your support--Mike
mccrant@gmail.com
/
EASTER HORROR: ISIS CRUCIFIES PRIEST
/
NOT BORN IN USA: Immigrant population over 15% in 16 states...
Over 25% in 6...


23 Percent Of Americans In Their Prime Working Years Are Unemployed

by AMY S.
RED ALERT: North Korea Can Now Nuke The United States — Deadly New EMP – Prepare Immediately!
North Korea has now successfully launched a satellite into Earth orbit, demonstrating to the entire world that it has the technology to deliver a nuclear weapon to North America.
/

Shawna Cox was almost killed in the LaVoy Finicum ambush, now she is helping to blow the lid off of the criminal conspiracy in Oregon
The Murder of LaVoy Finicum Appears to Be a Criminal Conspiracy
/
Posted by I at Monday, March 28, 2016